Ocean swimming, cross-country bike riding... Annette Tasker is much more than your typical accountant. She prides herself on her on-the-go lifestyle and is always happy to lead by example on issues such as mental health and sustainability. 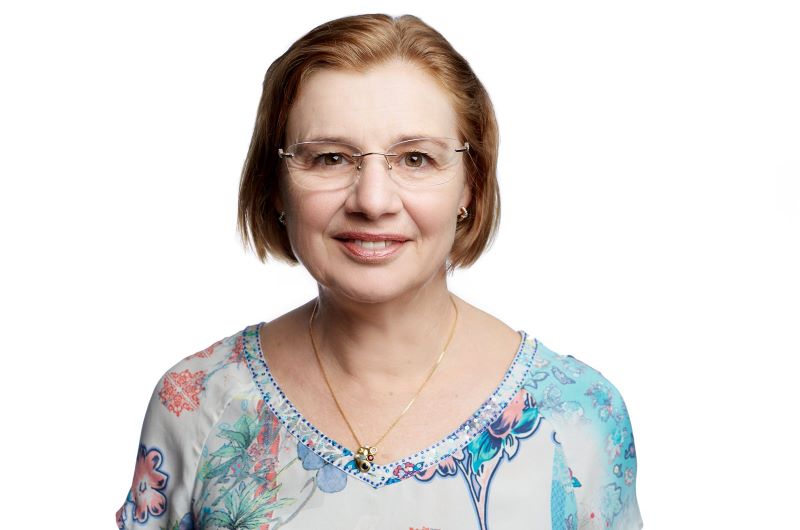 Ms Tasker grew up in a small business family. Having witnessed her parents working nights, slouched over the kitchen table, she decided to pursue accounting and alleviate some of the stresses they faced as small business owners.

She began her accounting studies straight out of school, earning herself a cadetship at the Electricity Commission of NSW.

Following the completion of her studies, together with her then boyfriend, Ms Tasker launched a cabinet making business and stepped into an admin role, which extended beyond everyday accounting into client management. It wasn’t until many years later that she launched her own public practice, straight out of her home.

“I started in bookkeeping. I then got my tax agents registration and started doing tax work and have been doing this for the last 15 years or so.

“I started in an office at home and soon had to rent so I could have support staff. That too became small, so I bought a space that was bigger. That’s where I am today,” Annette says.

Accounting then and now

Speaking about accounting then and now, Annette explains that today there is definitely a higher recognition that client support tops compliance work.

“That is something that seems to be news to a number of accountants, but because I’ve had that background of being in business, from running a business particularly a manufacturing business, it’s a no brainer to me that you have to talk to your clients about matters other than when their tax return is due.

“That’s the big drive that I see now. However, I always thought that was a big part of our job. So, the thing that I have always done day to day, the discussions and conversation I’ve had with my clients since the beginning, seem to be a big deal now.”

She believes that accountants have a hard time understanding and developing these sought after soft skills due to the nature of their training.

“The training accountants receive is based around the academics of how to do the accounting and how to do the tax returns. Are we taught the soft skills? Maybe not, but for me it was an environment I’d always been in, so it stills shocks me that accountants can’t see that as part of their job.”

Annette also prides herself on being an early adopter of technology.

She believes the new tech available today has simplified life for accountants.

“The roles I took on in other public accounting practices were because I knew how to use the software, particularly when GST came in in the year 2000. That was such a shock to established practices at the time.

“I, however, saw an opportunity and was able to train a lot of accountants to use things like MYOB.”

While admitting that technology has disrupted a lot of people in her profession, Annette says it has definitely enhanced the way accountants operate.

“Why wouldn’t you do it? It’s so enabling,” says Annette.

Being a woman in an overly male dominated profession, Annette says female accountants are still quite often shunned by their male counterparts.

“I find that if I speak from experience, people are more likely to listen than if I just know something. Yes, it is a challenge, particularly amongst the older generation. So, I think it will be many more generations until that’s eliminated.

“But we’ve just got to get on with it. Knuckle down and not let that impact us.”

Other issues very close to Annette’s heart are mental health and environmental sustainability.

She tells Public Accountant that mental health is a daily topic in her office.

“My staff have done the mental health first aid course, provide by the Institute of Public Accountants. We talk about it regularly in our office to try and identify areas that need closer attention.

“It is a major concern for us.”

As for her passion for the environment, Annette says it is about time we all think about the impact we’re having on our surroundings.

She explains that her heart goes out to all Aussies that have lost their livelihoods as a result of the devastating Black Summer fires. And stresses the vital role accountants have in helping communities rebuild.

“We can’t relate to it, but we have to understand it so that we can provide support. Perhaps we can do that by being a conduit to the authorities, talking to people like the tax office about things like concessions that they need to have and reinforcing that.”

She believes accountants also have a part to play in helping their clients recognise and prioritise sustainability.

“As for sustainability, that is also a big area that I practice both personally and professionally. We have had a dual screen set up for many, many years before they were popular to minimise printing, we use green energy in our office, and don’t allow takeaway coffee cups.

“We try take this example to our clients. When we see in their accountants what they’re spending their money on, we try and gently have a word with them about being more sustainable.

“We’re in the hot seat again to do that awareness piece with them. It’s critical for the environment and our wellbeing.”

Asked whether accountants are stretched thin today, Annette explains that all these different elements help make the job interesting.

“Yes, there is more pressure on us to think of all the different things, but put yourself into a role where your skills fit. It’s far more interesting.

“The old brown-cardigan wearing accountant has really gone by the by, it surely is a more interesting career than it used to be.”

And Annette is as far from a boring accountant as they get.

She swims around Shark Island in Cronulla almost every morning; she rides bikes across Europe and Australia as often as she can; she is the patrol captain at the Surf Life Saving club in Cronulla and sits on the board of a non-for profit.

“I do lots of activities and I like to do something every day. It gets me going. I have done lots of interesting bike rides and lots of ocean swimming, all sorts of stuff.

“I have six grandchildren. Family is really important to me. I am fortunate to have my children all close by, so I get to see them and the grandchildren regularly.

“I am known for being someone who is always on the go, but if you want something done ask a busy person. I was always told that and I think it is true, you just fit it in.”