Blood is thicker than water... Or is it?

Australia has been keeping a close eye on the Brexit saga and as the UK edges closer to exiting the European Union, Australia is readying itself for potential economic repercussions.

Blood is thicker than water... Or is it? 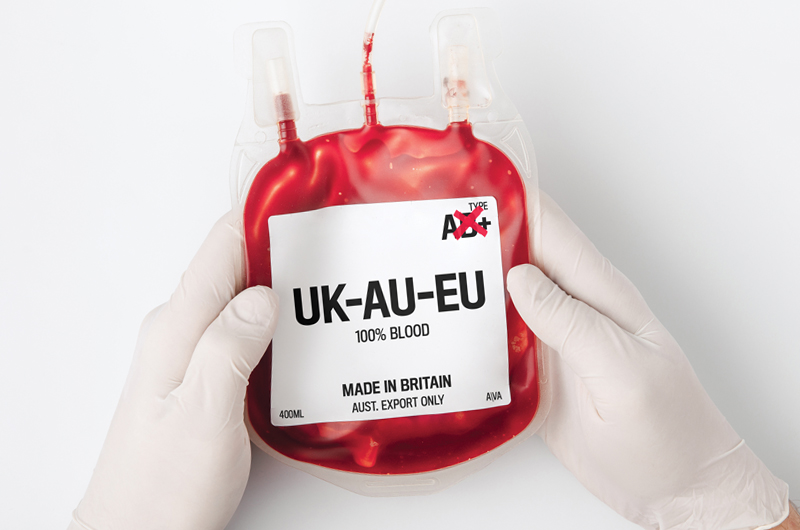 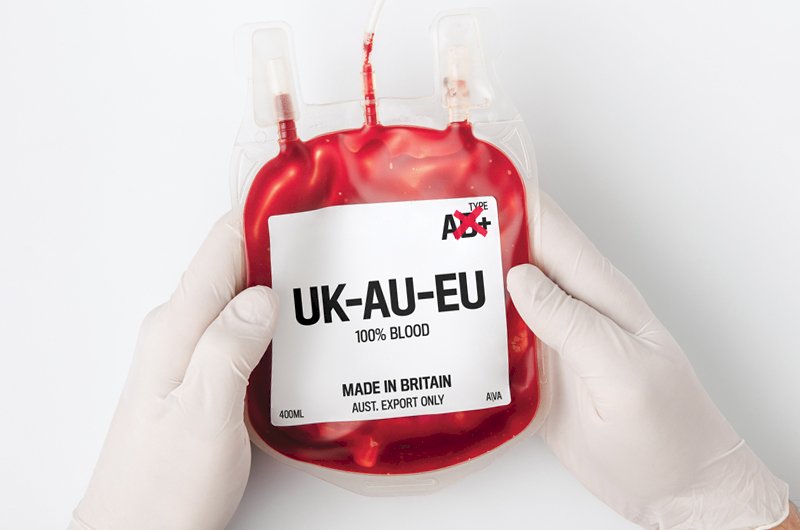 With the Brexit deadline extended several times and the United Kingdom held up in a hostage crisis of competing interests and political power struggles, Australia is trying to work out how best to approach trade negotiations with the soon to be former EU country.

At the onset of Brexit talks, associate professor at Sydney University Mark Melatos suggested in an expert submission to the joint standing committee on foreign affairs, defence and trade, that Australia should wait for the larger trading nations to negotiate trade deals with the UK.

He explained at the time that countries such as Canada and the US could pave the way for Australia to build on concessions and secure better terms in a deal for itself.

“Brexit makes it difficult for Australia, because we don’t yet know what the UK’s trade status will be once it makes its exit from the EU,” said Mr Melatos.

Two years on, and due to all the uncertainties surrounding UK’s departure, Australia is still in the dark. Despite its strong desire to negotiate a free trade agreement (FTA) with its loved grandparent, work on this cannot begin until the UK has resolved its exit terms.

Given this extra time, Australia has set its sights on the EU, with whom it launched formal FTA negotiations on 18 June last year.

Currently, Australia is at the third round of negotiations with the European block, with a fourth round scheduled for early July in Brussels, Tim Goulain, director of policy and networks at the European Australian Business Council, tells the Public Accountant.

“Negotiating an FTA is an intensive process, given the sophistication of the two economies and complexity of the texts in play.

“Covering areas such as regulatory harmonisation, e-commerce, copyrights, rules of origins, services liberalisation, and many others,” Mr Goulain explains.

The Liberal Party had pushed for the FTA to be settled before the election, however, given the intricacy of the task at hand, the timeline has been pushed back to 2020.

“Although we warmly welcomed the political push to fast-track a conclusion before the federal election, we are conscious that such a deal takes two to three years to be concluded, and hope for an agreement to be reached in 2020,” Mr Goulain says.

As a whole, the European Union is Australia’s largest economic partner. The EU sits behind China, but in front of the US and Japan, on the list of Australia’s top trading partners with $100 billion in total trade.

However, Europe’s investments in the Australian economy greatly surpass that of China.

In fact, the EU is by far the largest foreign investor in Australia, with its two-way investment relationship worth $1.8 trillion, Mr Goulain reveals.

The FTA, which will constitute the legal framework to liberalise trade in goods and services and improve conditions for investment, is expected to build on these figures and facilitate further business links.

The FTA is also anticipated to be a game changer for the almost 2,200 EU companies operating in Australia (equal to 22 per cent of all foreign companies), which employ over 350,000 people.

“Beyond this current picture, the trend is also extremely positive, with great appetite from businesses on each side in sectors including renewable energies, infrastructure, innovation, as well as increasingly in services,” says Mr Goulain.

Britain, on the other hand, is Australia’s equal seventh largest two-way trading partner, worth $27.8 billion in 2017-18, and its third-largest services trading partner.

Australia’s principal merchandise exports to the UK are gold, lead and wine. The UK is also the second largest source of foreign investments in Australia, with the stock of investment valued at $481.3 billion in 2017.

However, what these stats fail to show is that the value of Britain’s trade with Australia is greatly enhanced by it being a member of the EU.

Britain is Australia’s gateway into the European market, but its value could diminish post Brexit. In a context where the UK would have limited access to the EU markets, would it still be considered a foothold in Europe?

Ian Lincoln, the president of the Australian Institute of International Affairs NSW, explains that the EU without Britain is much more important to Australia than Britain without the EU.

But, historical links between Australia and Britain add a noteworthy weight to the equation.

“Europe without Britain consists of a large number of important economies. But of course, it’s substantially easier to deal with Britain because of the long historical context, but also cultural aspects like language, familiarity of institutions, and the confidence that comes from dealing with people with similar systems, such as banking,” explains Mr Lincoln.

With the EU-Australia FTA negotiations well underway, and given the high level of uncertainty surrounding the outcome of Brexit, many are questioning whether the UK’s European divorce could hinder talks between Australian and the EU.

Mr Goulain believes it is unlikely Brexit will cause a notable impact.

“At this stage, and until Brexit happens, Australia is negotiating with the EU-28,” he explains.

“Once Brexit happens, and given the significance of the bilateral trade and investment relationship, Australia and the UK have made clear that they would start discussions for a comprehensive FTA to be established as soon as possible.”

But, besides its close ties to the UK, Australia has had a longstanding relationship with the EU, spanning over 50 years.

“The EU and Australia enjoy a relationship regarded as both constructive and substantial," Professor Philomena Murray and Dr Margherita Matera said in a paper published by the Australian Institute of International Affairs last year.

“Following decades of clashes and skirmishes, Australia’s relationship with the EU has evolved significantly to reflect an all-of-government engagement with the EU, its institutions and member states,” the professorial team emphasised.

The two sides now share values and a similar approach to global challenges, key amongst which are the promotion of international peace and stability, sustainable development, good governance, rule of law and human rights.

Looking ahead, Australia has made it clear that the FTA with the EU is its priority, Mr Goulain reiterates. But despite its focus on the EU-27, it has established a working group to explore options of a future Australia-Britain FTA.

“The negotiations with the EU are well underway, with both sides having committed to a fast-track process towards an ambitious deal.

“In the event of a no-deal Brexit, the UK will be able to launch free trade agreement discussions with other partners, however with up to 50 per cent of its trade with the European Single Market, arguably the most important FTA for the UK to conclude from the outset will be with the EU.”

The case for small business

According to the Australian government, an FTA with the EU will provide Australian exporters with a competitive edge, opening the door for Australian businesses to large export markets and increasing their access to goods and services at lower prices.

International trade creates jobs, says the Department of Foreign Affairs and Trade (DFAT), with one in five Australian workers, or 2.2 million people, employed in a trade-related activity; of which 1.57 million work in connection with exports and 671,000 with imports.

Additionally, the Australian government has announced that it is also due to seek commitments to address the non-tariff barriers (NTBs) impeding trade in goods with the EU.

“We will address behind-the-border barriers to services trade in order to reduce red tape and restrictive licensing requirements. A key priority will be to achieve outcomes that assist small and medium-sized enterprises,” DFAT said.

However, the Institute of Public Accountants (IPA) has cautioned that the performance of Australian firms in international markets is becoming increasingly vulnerable to the global context.

Globalisation, together with the increasing turbulent international business environment, has had significant effects on the internationalisation of small firms, the IPA cautioned in its recent Small Business White Paper.

“Economic and political changes, such as the UK’s decision to withdraw from the European Union, the Trump administration’s initiatives in the USA and tensions arising from developments in North Korea, may create uncertainties for SMEs seeking and operating in international markets,” the IPA said.

It pointed out that Brexit has either directly or indirectly influenced the internationalisation behaviour and planning of UK SMEs, which could spill over on their international trade activities with foreign partners and suppliers based in Australia.

“Recent evidence suggests that 32 per cent of the surveyed UK SMEs expressed their concerns about the negative impact of Brexit [on] their businesses, and 35 per cent of SMEs have cancelled their expansion plans as a direct consequence of Brexit,” the IPA revealed.

On the upside, however, the IPA judged that such global disturbances may also give rise to potential market opportunities.

“Despite the increasing uncertainty resulting from Brexit, it may be also seen as a potential opportunity for Australian businesses to increase the trading flow with UK firms,” the IPA said in its White Paper.

Indeed, DHL’s Export Barometer 2018 (which surveys exporters around Australia about conditions affecting their global business prospects) discovered that although the Brexit melodrama has painted a pretty grim end for UK’s EU divorce, Australian exporters will continue to focus on this market.

Namely, 11 per cent of Australian exporters are making plans to expand to the UK. But Europe is clearly becoming more appealing, with 17 per cent of respondents saying that Europe is their preferred new territory for export.

So, while Brexit is straining UK’s trade and dampening investments, Australian businesses are clearly eager to explore new avenues.

Paying it forward
Not bad for a non-accountant