It is no secret that Aussie small businesses are struggling to gain access to finance. In order to reverse this issue, the government has pledged to push for the creation of a private sector owned fund to support SMEs with growth potential. 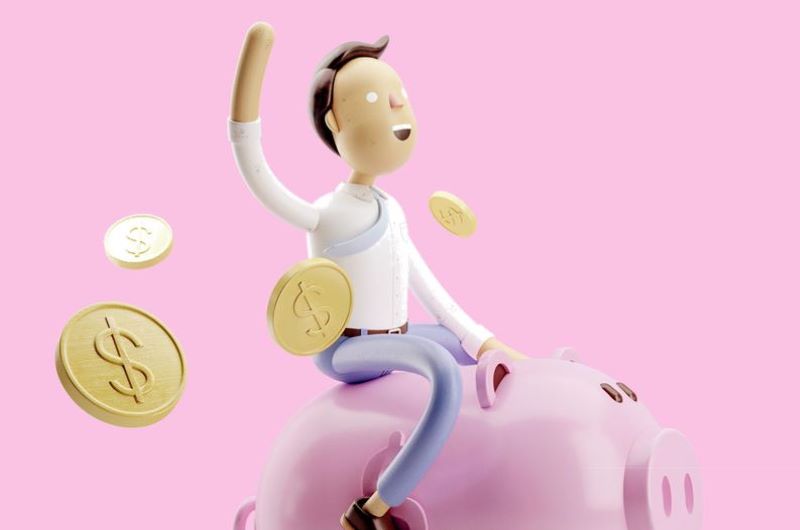 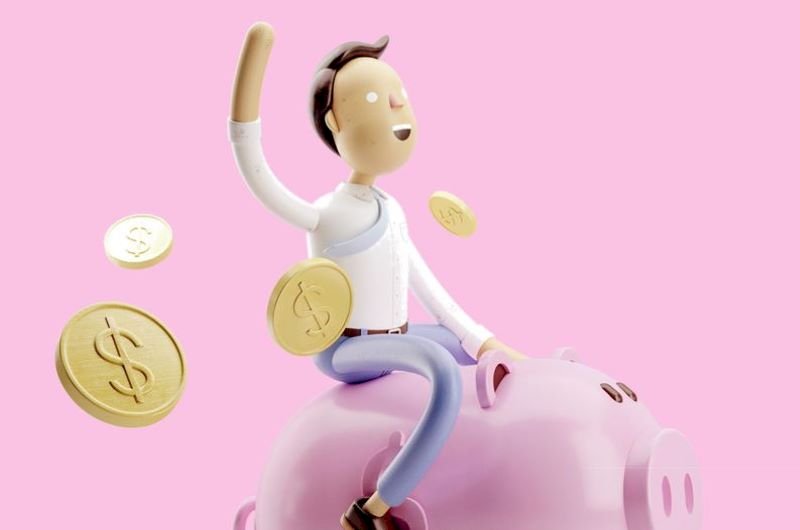 The funding gap between what small and medium businesses in Australia need and what is available on the market is estimated to be in excess of $80 billion.

According to research into the funding gap for patient capital, led by the Australian Small Business and Family Enterprise Ombudsman (ASBFEO), SMEs need capital over five to seven years to commit to and sustain growth. Capital of that sort is currently not available in Australia without bricks and mortar security.

Many small businesses find it difficult to attract passive equity investments that would allow them to grow without taking on additional debt or giving up control of their business.

In order to combat this problem, late last year the government announced it is encouraging the creation of a private sector owned business growth fund that is intended to provide long-term equity funding to small business.

The business growth fund would essentially combine ‘old school banking’ and a shark tank concept, offering high potential SMEs access to equity funding, while allowing them to maintain a majority share in their company.

The fund is expected to follow the model established in the UK in 2011, which has seen $2.7 billion invested in a range of sectors across the economy.

The government has taken the initiative to make sure that the fund is up and running this year and the current environment, following the outcomes of the banking royal commission, is expected to motivate banks to get onboard.

Although there are 3 million SMEs in Australia, only 10 per cent have the potential to grow very quickly, reveals the ASBFEO, Kate Carnell.

These SMEs are seeking additional finance or capital to fund their projected growth, but are looking for unsecured or minimal security loans above the $100,000 currently offered by the banks and fintechs.

The capacity to receive loans over $250,000 is highly unlikely for SMEs, Ms Carnell says.

“Businesses that really have the potential to grow, if they don’t get access to long-term capital – simply don’t grow. Their growth is fundamentally vital for the economy, both from an economic growth perspective, but also from a job perspective,” Ms Carnell noted.

“No capital, no jobs, no growth, that’s really what it comes down to.”

In August 2015, the IPA Deakin University SME Research Centre released the first Small Business White Paper, which included a chapter on the lack of affordable and accessible finance to SMEs and made recommendations to address this problem. The IPA advocated for the establishment of a loan guarantee scheme, based on those which exist in almost all developed countries.

This recommendation was included in subsequent IPA pre-budget submissions and has been adopted by various political parties at federal and state levels.

Additionally, in publishing the 2018 Australian Small Business White Paper, the IPA repeated its call for a structural change modelled on the British example wherein the banks are levied to create a corpus of funds to enhance access to finance for slightly higher-risk SMEs and start-ups. Since the government announced its decision to deliver significant structural change to SME financing in December last year, three of four major banks have agreed to take part, with some major super funds showing interest.

National Australia Bank stepped forward to lead and chair an industry working group towards the establishment of the growth fund.

Its executive general manager, business direct and small business, Leigh O’Neill, has said that the bank takes confidence from the UK and Canada, where such funds have operated successfully for years.

How will it function

The business growth foresees Australian banks and superannuation funds injecting equity capital into a fund, which in turn invests in Australian small businesses.

According to Ms Carnell, the growth fund will be a separate not-for-profit entity held by the banks and super funds. The government, she says, is only providing leadership in the process and will not be an investor.

“The business growth fund will probably focus on equity funding only, but it may offer loans. The rules will be that it will always pick up less than 50 per cent in the company. So, the investors won’t be running the companies,” Ms Carnell says.

A timeline and exit strategy will be put in place, she assures.

“Their role is to come, take some equity, make the businesses more bankable, help the companies with their business plans and then exit according to a preordained exit strategy,” Ms Carnell explains.

According to the UK example, a lot of businesses can expect to be knocked back if their capacity for growth is deemed insufficient.

“Small to medium businesses that fit the criteria, essentially fast growth potential businesses, will apply and they will be weeded out based upon whether they are deemed to have good business cases and a capacity for growth,” Ms Carnell clarifies.

According to her, for the fund to work there can only be one.

“The reason there can only be one is that APRA must make a special ruling with regard to the risk rating of this fund. It doesn’t fit in any of the spaces that exist at the moment and APRA have indicated that they are willing to do that.”

The process to set up the fund is already underway. In December, a roundtable on the topic was held in Canberra. At the time, expectations were that the fund would be operational by June this year, but events surrounding the royal commission are expected to cause a slight delay. According to Ms Carnell, Australia can expect to see success very soon because it is taking a path mapped previously by the UK and Canada.

The UK growth fund was set up in 2011 by five banks, and has invested $2.7 billion in a range of sectors across the economy. It provides funding via equity, loan notes or a combination, and distributes products through 14 offices around the UK.

The Canadian fund was established last year by 14 members, and offers long- term investment between C$3-C$20 million, with equity positions between 10 and 40 per cent. The application process time is around 16 weeks.

The Hayne royal commission handed in its final list of recommendations in early February. Commissioner Kenneth Hayne’s final report offers 76 recommendations, all of which the government and Labor have said they intend to implement.

Ms Carnell notes that the commission’s findings are beneficial for the fund, as the banks desperately need to clean up their public image.

“The banks know very well that they have to regain trust and community respect and the growth fund really gives them the opportunity to show that they are willing to be part of the solution,” Ms Carnell judges.

Accountants working closely with small businesses have welcomed the government’s initiative and believe the fund will provide much needed backing to prospective Aussie businesses.

“Small businesses are the backbone of the Australian economy. They are innovative, industrious and employ about half of all Australian workers. Unless they have bricks and mortar it is extremely hard for them to borrow money,” Greg Sheridan, director and business adviser at Sheridans Accountants & Financial Planners, told Public Accountant recently.

He says that Sheridans Accountants has crossed paths with many small businesses that have had to abandon their growth plans due to a lack of funds. One such client, Mr Sheridan explains, had migrated from Germany to Australia with a dream to set up a packaging manufacturing plant.

“We tried for almost a year to borrow money but were unsuccessful and the plan was eventually shelved. This is the type of business that the business growth fund could help,” Mr Sheridan says.

He, however, admits that accountants are concerned that the government’s definition of small business may miss the mark.

“Most small businesses we deal with employ less than 10 people, whereas the government seems to target businesses employing hundreds of people when giving grants,” Mr Sheridan says.

In February, the government introduced legislation necessary for the establishment of a $2 billion Australian Business Securitisation Fund to help SMEs access much-needed capital.

The securitisation fund differs from the business fund in that it is set up by government with government money, with the aim to make it easier and cheaper for second tier lenders and others to access affordable capital to lend to small businesses.

But it will provide access to capital so that others, not the big four banks, but other lenders can access capital that they can lend,” Ms Carnell explained.

Throughout the years, the IPA has strongly reinforced the need for such a fund and was one of the first to applaud the government’s move in November last year.

“We welcome and congratulate the Australian government for the creation of a $2 billion Australian Business Securitisation Fund, which will provide incentive and capacity to smaller banks and non-bank lenders to free capital up and lend to more small businesses. This will give those small businesses the confidence to grow and employ,” IPA CEO Andrew Conway said at the time.

Mr Conway added that both funds will have long-term impacts on the viability of the small business community.

“These policy changes are a direct result of the applied research undertaken through the IPA Deakin SME Research Centre. This model of applied research is clearly leading the world in delivering critical reform to the SME sector, backed up with tangible policy announcements,” he concluded.

Playing to your strengths
The push towards digital 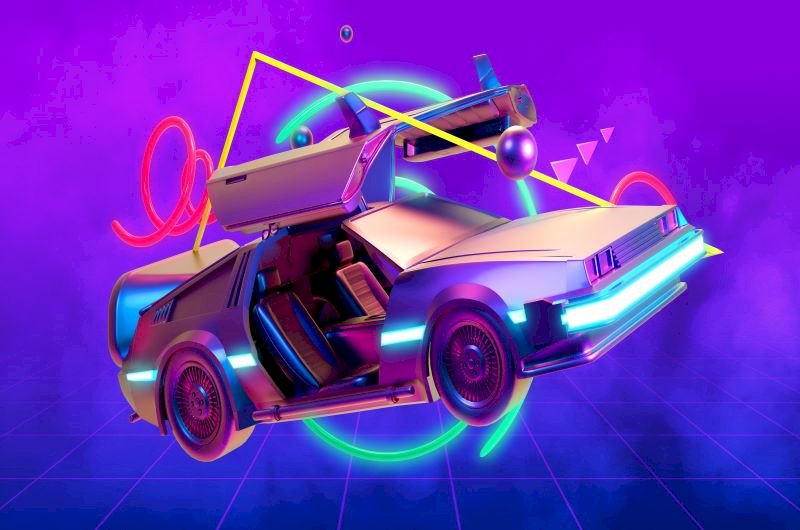