An increasing number of Australian small and medium size businesses are expanding their operations beyond our borders. Import and export operations overseas can be very rewarding for SMEs, but it’s also risky business. What do accountants need to know before they dive in? 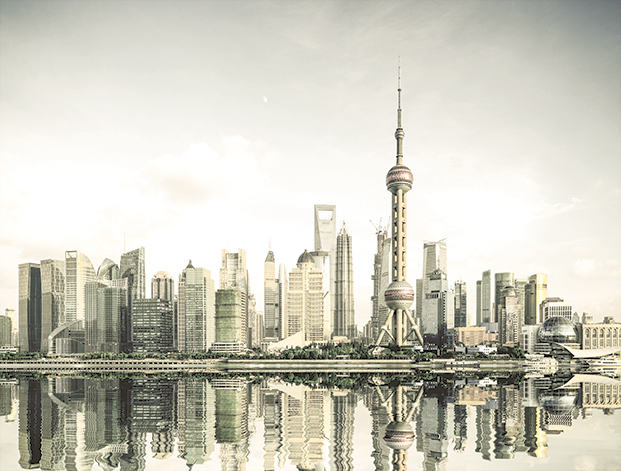 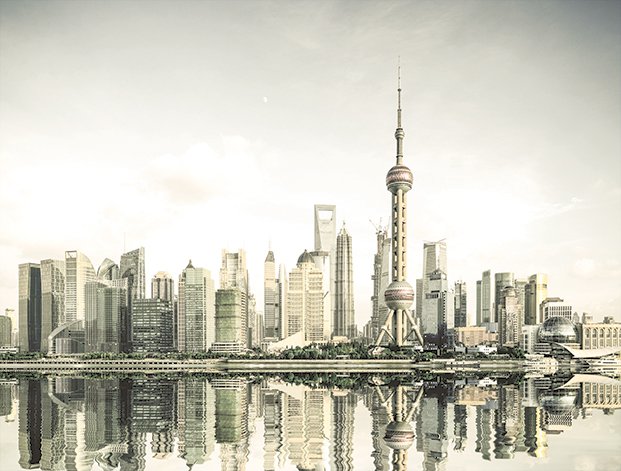 By its nature, import and export trade has traditionally been a difficult domain to break into, with its high variables and risk.

However, the recent completion of Free Trade Agreements with China, Japan and South Korea has lowered significant barriers to Australian businesses seeking access to key trading zones in Asia.

With easier access to huge, potentially new markets, import/ export has now become an open prospect for SMEs – and it appears that business owners are taking these possibilities in their stride.

According to a recent report from Efic, the Australian government’s export credit agency, one in five SMEs intends to establish new overseas operations within the next six months. However, while the potential for SMEs remains favourable, overseas expansion is still fraught with significant risk and many variables.

Every business, product and market is vastly different from every other, so there can be no generalist advice that can be adhered to across the board. The need for specialised and practical advice on establishing import/export markets can be daunting for SMEs in the early stages.

As Peter Linane, Director of UV Wraps ‘n’ Straps, an importer, distributor and exporter of safety glasses, puts it: “It’s all basic when you know it, but when you don’t know, it can be confusing.”

A chat with Mr Linane reveals the slew of hidden details and costs involved, such as rebates, product testing, regulatory body fees, payment terms and GST.

“You need to know the outside costs that aren’t directly on the product, but more involved with distribution, shipping and fees,” he says.

Nevertheless, while there is significant need for specialist advice and keen interest in overseas expansion, two thirds of the SMEs surveyed for E c’s 2016 SME Exporter Index did not seek any export-related advice.

These trends indicate that for accountants, there is a niche but growing field for which expert advice is required, and suggest there is an opportunity for accountants to become a go-to for the increasing number of SMEs needing import/export advice.

“We hold a very strong level of knowledge and network opportunities,” she says.

“They don’t necessarily want to have the time or the money spent, or they simply just don’t need that level of skill. They need something that sits between,” she says.

Importing and exporting represents a lucrative, exciting space for SMEs – and for accountants who are interested in establishing a specialisation.

“There’s going to be some really interesting things we can do here and we should take advantage of it now,” says Ms Buissink.

Recently formed Free Trade Agreements have helped make it easier for Australian SMEs to establish overseas trading business in both import and exportdirections.

One practical benefit has been the elimination of duties on goods, consequently streamlining trade and making it cheaper and simpler to complete transactions. The gains are apparent for SMEs such as b.box, a business selling baby products.

Winner of the government’s 2015 Small Business Exporter of the Year Award, b.box punches above its weight in the international market, exporting to 22 countries around the world.

“Korea is one of our biggest markets, and because all of our products are manufactured in China, the Free Trade Agreements have been a big help for us,” says Monique Filer, co-founder and Director of b.box.

“When we’re importing into Australia, we’re no longer having to pay duties on those products. Therefore when we’re exporting out of Australia, we don’t have to worry about duty drawbacks,” she says. “There’s a lot less paperwork for us.”

Furthermore, the Free Trade Agreements have opened up new dialogue between businesses across Australia and other countries.

Following the coming into effect in December 2015 of the China/Australia Free Trade Agreement (ChAFTA), the IPA sent a delegation to Beijing to explore commercial opportunities.

Continuum Accounting’s Suzanne Buissink attended with the delegation. On returning, she reported fervour for new trade opportunities, both from Australian and Chinese businesses.

“I think that with the ChAFTA at the forefront of things now, people are more open to the idea of ‘let’s do things’,” she says.

Given the new opportunities for open dialogue, Ms Buissink was able to build key international relationships in a short space of time. As a result, she opened up the pathway for one of her clients, a software company that manages medical records databases, to roll their product out to hospitals in China.

“It was really important to break down that barrier and to meet people in China who want this as much as we do,” Ms Buissink says, “and I think that was a really empowering thing.”

Her confidence in the partnership stems from its reciprocal relationship – with a quality product matched with the right distributor in the relevant market.

“It’s really a great opportunity for our client, but also the end users as well,” she says.

Looking overseas can help an Australian business build in terms of volume through its opening the doors to much larger markets.

“We’re looking at Australian markets being limited,” says Ms Buissink. “Having a market like China come on to the menu just expands opportunities exponentially – so you’re growing a business.”

New overseas markets also bring diversified opportunities, she adds. In the case of her medical software

client, Ms Buissink suggests that expanding into a new country could lead to the evolution and development of the product into new platforms. “It’s providing opportunities for expansion, in particularly something like IT, that you couldn’t foresee in the Australian market before,” she says.

For b.box founder Monique Filer, overseas trade has been instrumental in scaling up her business.

Australia that we can really capitalise on that,” she says.

The key to capitalising on these larger populations, however, began at home by brand building locally.

“Internationally, people want to know how well the product is doing in your local market before they take it to their market,” she says.

When it comes to the advice that SMEs need to receive before importing or exporting, Ms Filer is adamant: “They really need to get their pricing right – I think this is the hardest thing,” she says.

“The reality is, if you’re exporting and you’re selling in container loads, it’s OK to make a smaller margin. And it’s OK for the distributor to make more than you.”

Ms Filer acknowledges that it may feel counterintuitive for a business to set its margins lower than the distributor.

“[However,] once you’ve sold it, you’re not holding any more of the risk. They’re holding the risk,” she says. “There has to be enough money in there for them to promote your product.

“Your distributor needs to make money too,” she continues, referring to the need for mutual benefit. “That’s the only way it’s going to work. I’d rather make a little less and know that they’re going to reorder.”

As well as pricing, SMEs need to do their homework to understand the local taxes and competitive characteristics of each region, says Ms Filer.

“You’ve got to be able to price your product competitively in that market that you’re exporting to,” she says.

UV Wraps’ PeterLinane echoes this advice and emphasises the need to consider the exchange rate when determining product price. “Every time you are quoted, or are quoting, you’re talking in the US dollar,” he explains. “You need to make sure that you’ve built in a buffer, so if the dollar fluctuates you won’t go broke. “It just comes back down to basic mathematics like most business ideas do,” he says.

In the business for 16 years, Mr Linane has observed that a high number of import/ exporters fail due to experiencing unexpected costs and variables. “That’s the problem, I think – too many people going in

And the best advice? Mr Linane summarises it best: “You need to talk to someone else who is already doing it.”

Accountants are now well positioned to help SMEs with many aspects of the import and export trade.

Accountants play an instrumental role in business structuring to handle operations, minimisation of taxes, protection of assets, liability and intellectual property across both the domestic and the international domains.

“If you’re importing, there can be a certain wait time to get the product in. Likewise, if you’re exporting you need to be able to keep up with demand. You don’t want to run out of stock,” he says.

Corporate structure was also vital for Ms Filer when setting up b.box’s own distribution channels in the U.S.

“We didn’t want to be paying double taxes in the US and in Australia,” she says, and her accountant played a pivotal advisory role.

“It was really important that we set up that structure correctly so that we only have to pay tax once.”

Cash  flow is another key import/ export area in which accountants play a crucial role.

Mr Linane explains that there is a fundamental problem when receiving a container of imported safety glasses: “You haven’t even seen it and you’ve got to pay the GST before they release the glasses,” he says.

“What I did was contact my accountant and he put me onto a GST deferral. Now I pay it at the end of the quarter and I have two months cash  ow come in.”

Evidently, accounting  firms are well positioned to assist SMEs’ navigating import and export trade. Proving to be invaluable in bridging the gap between local businesses and international markets, overseas trade could be a rewarding niche area for accountants who are up for the challenge. 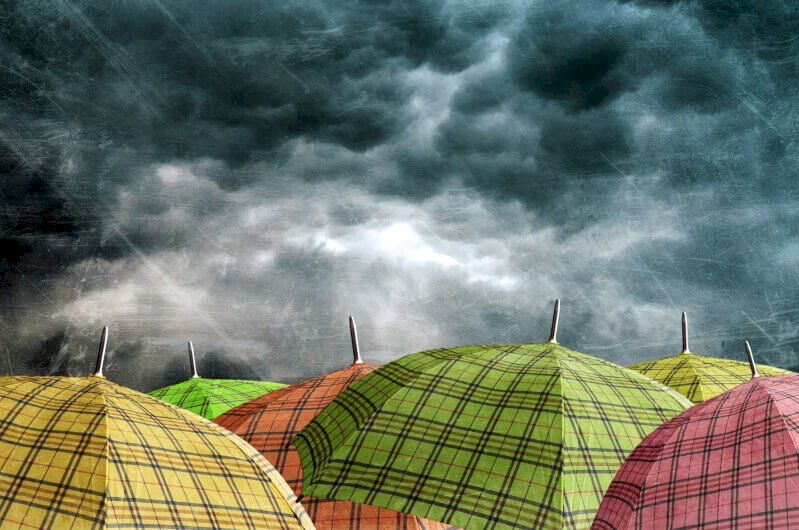 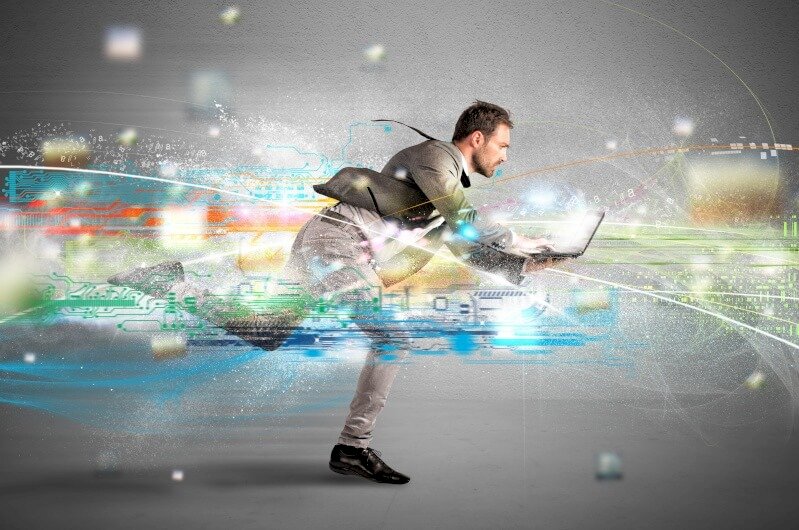