Not bad for a non-accountant

Trent McLaren was Australia’s Thought Leader of the Year in the accounting industry in 2017. But his journey to success began as a pastry chef in a small-town bakery at the age of 18.

Not bad for a non-accountant 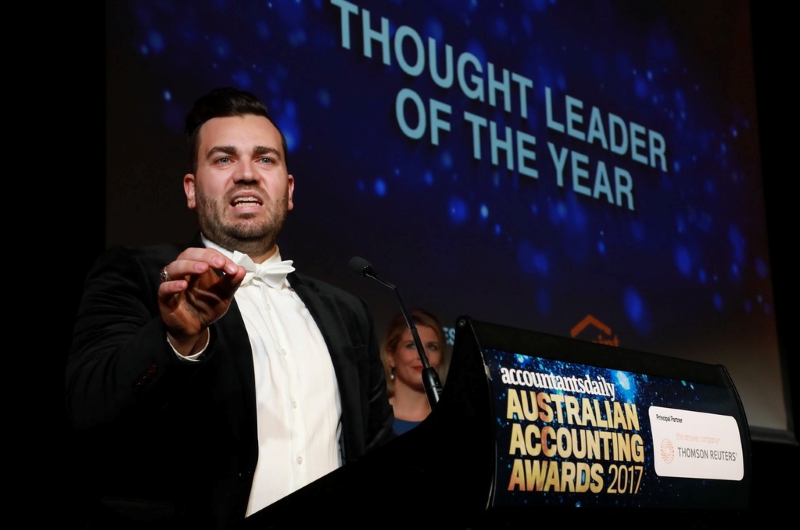 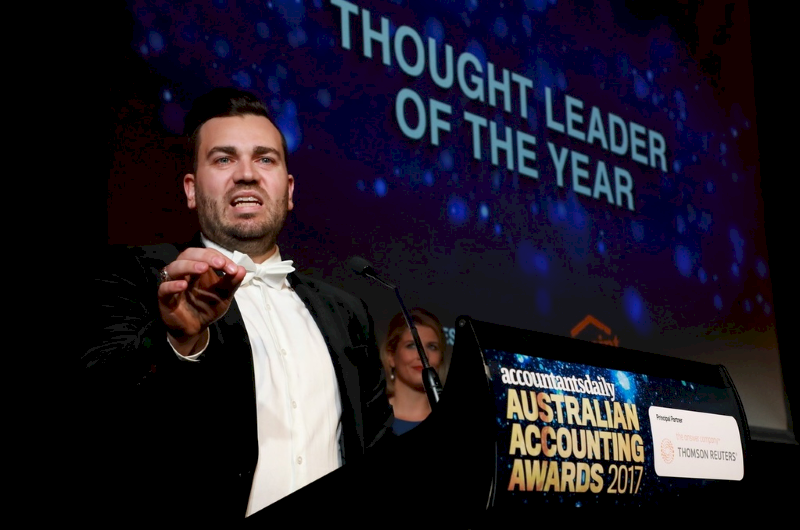 His parents sacrifced their weeknights and weekends to make sure he was trained by the best, to be the best. So, in order to repay them for supporting his teenage dreams, Mr McLaren took up the ‘graveyard run’ at the Yarragon Bakery as a pastry chef.

He spent his nights in the kitchen, baking all of the Aussie favourites. Iced donuts, apple crumble turnovers, the famous vanilla slice, scones and pies... Mr McLaren mastered them all and became a celebrity of sorts among the 400 or so inhabitants of Yarragon.

His work ethic, which would see him become Australia’s Thought Leader of the Year in the accounting industry in 2017, was inspired by his boss Les, who worked tirelessly to make a success of his bakery business.

“He’d be there from midnight until 9am, six or seven nights a week. If someone called in sick, he was there,” Mr McLaren says.

But it was Mr McLaren’s parents who instilled in him a drive to help people in need, and against all odds.

“I was asked to play basketball at an Easter classic in Adelaide one weekend. I felt so bad because I knew if I did play, Les would have to work all Easter, which was a busy trade period. My mum and dad were so supportive of the scenario that they suggested I ﬂy back to do my shift and then return to Adelaide,” recalls Mr McLaren.

“So, my mum and I took the bus to Adelaide with the team (nine hours), I then played three games of basketball on the Saturday, flew back to Melbourne after my final game, got picked up by my dad who drove me straight to the bakery and I did my nine-hour shift. I then got back in the car, back to airport and back to Adelaide to finish the tournament.”

But his sporting and work successes meant that school took a backseat.

“I actually wasn’t a fantastic scholar, I finished high school with a VCE score of 28/100. I remember the day I got the email prompting me to click on a link to view my score. When I got to the page it said that because my score was less than 30, I had the option of not viewing it,” Mr McLaren explains.

“Whilst I excelled at subjects like English, writing and public speaking, I wasn’t super interested and to be honest I had no idea who I wanted to be in the world. I had an interest in business and economics but never pursued it, and I had no plans to go to university.”

When Les decided to sell his business, Mr McLaren decided it was time to move on. After a short stint as a salesperson at Safeway bottle shop, he decided to leave Yarragon for Canberra. There he would eventually begin his transition into the tech industry.

“In Canberra, I transferred to a new Woolworths bottle shop, where I worked 70-80-hour weeks as a 19-year-old. I was keen to progress somehow in my career and kept a close focus on climbing the ladder,” Mr McLaren says.

“After burning out, partying and working too much, I took a side-step into fashion retail at the age of 20. I became the third in charge at Surf Dive ‘n’ Ski, then second in charge, and eventually I opened up the first General Pants store in Canberra as the store manager at 22.”

Then one day, two years into his store manager role, he met his future wife Melissa, who inspired him to pivot into an office role.

“I stumbled across a company called eWAY, and this is where my journey into the accounting industry began,” Mr McLaren notes.

“I moved into a sales-based role, and this is where I developed a new way to work hard. Not by physically lifting cases of beer, or prepping shop windows, but by using technology, well placed emails, timely phone calls and all the other tricks you need to learn to be successful,” he says.

Payment provider eWAY was one of the first to build an integration into Xero in 2013. Mr McLaren soon became the first point of contact for all Xero partners wanting to learn more about online payments and credit card processing.

“This is where I came to learn all about the accounting tech industry; eWAY became an add-on partner of the year for Xero during my time and this is also where I met my current employer, when I helped him set up online payments for his accounting firm six years ago,” Mr McLaren explains.

He adds that the transition from kneading dough to guiding accountants wasn’t as difficult as many have thought.

“It has always been about understanding who I’m talking to, what I’m talking to them about and how can I help,” Mr McLaren explains.

He says that while he was never the smartest person in the room, he was always eager to “shut up, listen and learn”.

“I was the middle man for everyone else’s knowledge. I would often say I was a sponge; I’d soak up everyone else’s ideas and success stories, and then try to squeeze that out to people who needed to hear that information to improve their situation.”

It was then, at the age of 26, that Mr McLaren was nominated for the Thought Leader of the Year at the Australian Accounting Awards for his outstanding contribution to the industry.

“Winning this award was truly unbelievable. I was 26 years old, a non-accountant up against people that had been working in the accounting profession for a very long time. On paper it sounds crazy,” he admits.

This reputable industry award enabled Mr McLaren to crash through the glass ceiling, giving him the confidence to step up and speak out. Looking back now, he believes that the award was a little premature, because the following 12 months would be some of the biggest for him professionally.

“It’s been a wild ride, that’s for sure. During my time at eWAY and then at QuickBooks I’d placed more emphasis on my social media pro le and trying to reach more people more efficiently. I landed a random speaking gig in Latvia, eastern Europe, at a non-English speaking accounting conference just before winning the award, so I’d had a little bit of momentum,” Mr McLaren recalls.

“But once the award came through, it opened up so many new opportunities, both personally and professionally. I managed to travel and speak across the US, UK, Europe and around Australia at least five or six times during that next 12-18 months.”

His career has been an incredible journey so far, and one he wants to take even further. In December, he completed a Master of Business Administration after deciding he was “keen to see how far I can take this life”.

"I still can’t believe that this all started from the bakery 11 years ago with me and an idea that I was going to get out there and do something meaningful regardless of what my high school VCE score said.”

Recently, Mr McLaren and his wife relocated to the UK and are currently based in London.

As for baking, Mr McLaren jokes that it’s “no fun unless it’s for a $9 per hour minimum wage”.

“With the number of things going on in our lives, it does make it hard to have a normal balance at home. Currently in my global role I could be up at six and still doing a video conference at midnight back in Australia with my team or partners,” he says.

“I wouldn’t change anything about it, and honestly I’m more excited for where I’ll be in the next five years, considering how far I’ve come in the last 11.”

Blood is thicker than water... Or is it?
AussieBum’s glocal success: Turning mocks into money