The royal commission has found holes in ASIC’s capacity to regulate the industry, with a review of its model expected. But should accountants be worried about a new and tougher regulator? 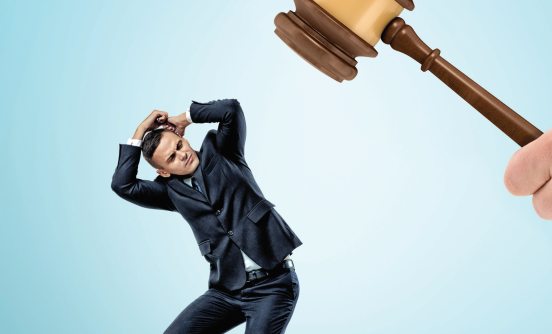 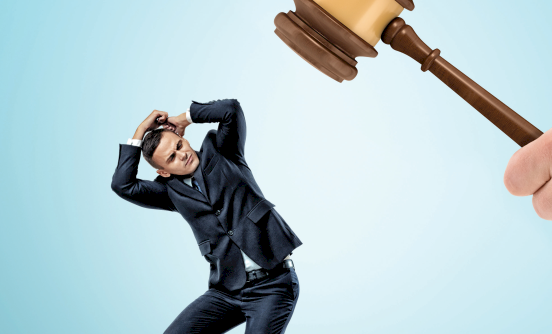 For many accountants and tax agents, the findings from the royal commission so far have not been too surprising.

These issues have been ongoing, as evidenced by the regular announcements distributed by the corporate regulator, the Australian Securities and Investments Commission (ASIC).

These statements typically include a brief outline of the misconduct at hand, and what ASIC has done to punish the individual or organisation. But no more than a few months would go by before a similar announcement is made.

Some would view this as ASIC doing its job. But others, like the commissioner at the helm of the royal commission, view this as a big problem, one that shows shortcomings from ASIC in terms of enforcing the law. The issues exposed in the commission’s interim report have now been laid at ASIC’s feet.

This revelation is expected to spur a change in ASIC and create a tougher-than-ever regulator.

“I think ASIC under James Shipton will take the opportunity to make fundamental changes to the way it operates,” says IPA executive general manager, advocacy and technical, Vicki Stylianou.

But a harsher regulator comes with consequences. If the government provides more funding, which is widely expected, then it is likely that ASIC will widen its enforcement net to include other stakeholders, such as accountants.

Still, an opportunity for accountants exists amid the chaos. As the government searches for ways to end misconduct in the financial services industry, the trusted accounting world may be called upon to fulfil a broader role.

For many years, the IPA has been urging members and all accountants to consider diversifying into the growing area of financial services.

The Royal Commission into Misconduct in the Banking, Superannuation and Financial Services Industry was announced in November 2017, following years of political and public pressure.

The first public hearings began in March 2018, and have focused on the banks and other large institutions.

But it has also focused on the corporate regulator, the one tasked with handling misconduct in the industry. The commission’s interim report, which was released in early October, raised several questions as to whether the conduct of ASIC can be considered satisfactory.

Commissioner Kenneth Hayne described ASIC as often being too cosy with the big banks and failing to take any real action against them on several occasions. The report found that whenever misconduct is discovered, ASIC looks to first try and negotiate with the company, rather than take them to court.

These negotiations often come in the form of ‘infringement notices’, the report states.

“ASIC issued infringement notices to the major banks as the outcome agreed with the bank. When deciding what to do in response to misconduct, ASIC’s starting point appears to have been: how can this be resolved by agreement?” the Hayne report states.

“Too often, entities have been treated in ways that would allow them to think that they, not ASIC, not the Parliament, not the courts, will decide when and how the law will be obeyed or the consequences of breach remedied.”

ASIC chair James Shipton has since promised to consider these criticisms, which are “serious and important observations”.

“ASIC will carefully consider these observations, as well as the broader findings in the report. ASIC will continue to assist the royal commission and to work with the government, Parliament and other regulators to build a stronger legislative, enforcement and regulatory framework with tougher penalties,” Mr Shipton said in a statement.

These findings and the response have many predicting the start of a new and improved regulator.

“The biggest thing that’s come out is that ASIC hasn’t been going forward with as many prosecutions through the court system as people would have hoped and liked. So, there’s been a lot of negotiated settlements,” she says.

“I think we’ll be seeing less of the fast-hit media releases that ASIC has been keen on over the last years, especially since Greg Medcraft started. He was very keen on getting regular media releases showing that something has been achieved, an outcome has been negotiated.

On the other hand, some commentators believe that lengthy and costly litigation with its uncertain outcomes is wasteful and can only target a small proportion of the wrongdoing in the market.

A more balanced approach would see litigation combined with other more expedient forms of surveillance and enforcement, underpinned by education and cultural change across all stakeholders.

“While it is critical for ASIC to review its approach to enforcement, it is just as critical for government to provide adequate funding and for all of us in our co-regulatory environment to play our part in ensuring a well-functioning market,” says Ms Stylianou.

This new ASIC may have a bigger impact on the accounting world than some would think.

It’s not just those providing financial advice through limited or full Australian Financial Services Licences (AFSLs) who must be wary. Accountants providing super fund services in some circumstances may also come under the ASIC hammer.

As a result of the royal commission, Licensing for Accountants chief executive Kath Bowler expects working with ASIC will be a worse experience for accountants. She says it is already difficult to work with the corporate regulator, and doesn’t expect it will become friendlier anytime soon.

“Accountants are used to dealing with the ATO. For the complaints that have been made about the ATO, it is more approachable and works with the accountant on some issues for their client,” she says.

On the other hand, some have found dealing with ASIC to be straightforward and have found them to be reasonably responsive.

The IPA’s Ms Stylianou says, “Our experience with ASIC is that they always respond to our queries in a timely manner, though at times it would be useful to have more information and guidance.

“We also appreciate the small business outreach and the engagement with stakeholders, such as the IPA, in seeking to improve conditions for small business.”

Despite recent progress in addressing the concerns of small businesses as well as the introduction of a new industry funding model for the corporate regulator, no major change is expected soon.

“The industry funding levy that’s coming up might change how much resourcing they put on different sectors. You’d like to think that if they’re charging more, you get a better level of service out of them, even just basic conversations about how things are coming along,” says Ms Gerber.

“I don’t think there will be a change overnight.”

The chance to do right

Considering all of the issues that have been unearthed by the royal commission, many believe even more legislation is on the horizon. In his final report due in February 2019, commissioner Hayne is expected to make recommendations for changes in the industry.

However, whether accountants should anticipate new compliance items remains to be seen.

Ms Bowler says accountants have been on the receiving end of a number of unintended consequences for the bad behaviour of others.

Yet, some of the topics from the commission suggest no more laws are required.

“One of the issues has been that laws are too complicated and haven’t been enforced. For me, it was quite a positive message that they weren’t going to introduce any more legislation, but they have to look at why the rules that they’ve got have not been implemented and effective,” she says.

What may be expected is a movement of more accountants entering financial advice. This, however, is easier said than done, considering the new education standards being implemented for advisers.

“Accountants certainly have trust. For financial planners, that has been really damaged with the royal commission. The opportunity exists,” she says.

“Will accountants embrace it, particularly given the changes in education, which significantly increased the bar to move into the financial advice space?

“While the opportunity exists, I do believe the education is going to be an enormous hurdle.”

But the IPA believes accountants belong in financial advice, and that government should open the doors to allow them in.

“The IPA is proposing a new financial services licensing model for qualified accountants, which would enable them to provide competent and affordable advice to clients, in line with the policy objectives of the Future of Financial Advice reforms,” Ms Stylianou says.

“Accountants are governed reasonably well and professional accounting bodies do a good job of making sure accountants do the right thing. Maybe it’s another opportunity for accountants to provide a little more than what they currently have been able to do and previously were able to do,” says IPA general manager of technical policy Tony Greco.

“There is a strong case for accountants to play a bigger role going forward.”

Assessing AFCA
Running up the score