The economic empowerment of women matters

At the current pace, it will take 108 years to close the global gender gap and 202 years to achieve parity in the workforce.

The economic empowerment of women matters 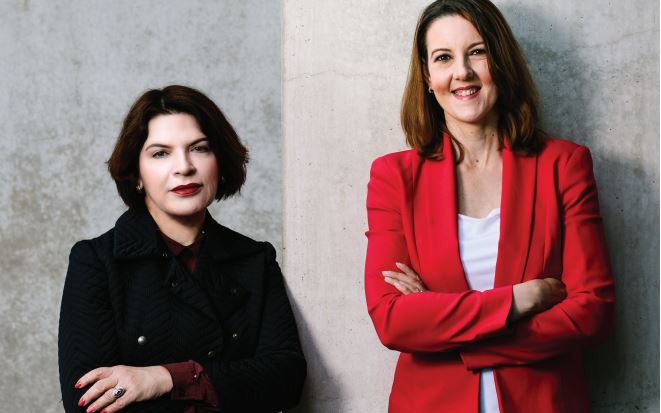 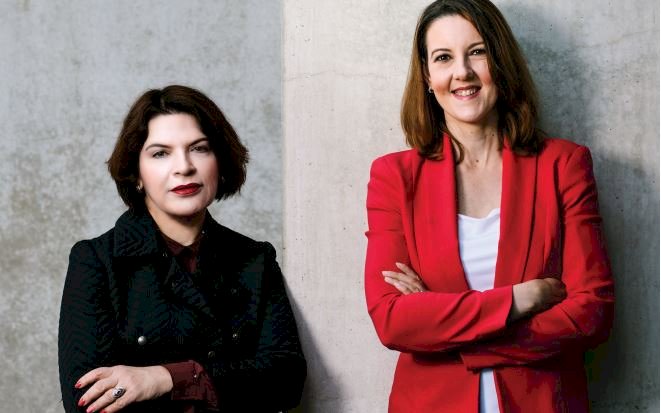 These alarming statistics were published by the World Economic Forum in its latest Global Gender Gap Report.

Besides illustrating the painfully slow progress among the 149 countries that were indexed this year, the results show that it will take an additional eight years to close the gender gap compared with last year’s estimate.

Australia is one of several countries that have experienced a widening of their gender gap and a reversal of progress on wage equality, according to the World Economic Forum.

Despite recent local statistics suggesting that women are becoming an essential part of the Australian workplace, data from the WEF shows that there still remains a tremendous amount of work to be done to close the gender gap.

The fight for equality continues

Women’s fight for equality goes back to the 19th century. But what was once a fight for the right to vote and hold office, has become a fight to end sexual harassment and to empower women.

In 1972, the Australian Conciliation and Arbitration Commission (ACAC) ruled that women and men undertaking similar work that had similar value were eligible for the same rate.

A year later, ACAC made another important step by granting equal minimum wage to all Australians, regardless of sex, and in 1974 the ‘breadwinner’ component of a male wage was removed.

While these legal changes are now viewed as important steps towards equality between sexes in the workforce, over half a century later women are still earning substantially less than men.

Using the latest ABS Average Weekly Earnings trend series data, the Workplace Gender Equality Agency (WGEA) revealed that the 14.1 per cent gap corresponds to a difference of $239.80 per week for a full‑time employee.

And while the news of a shrinking pay gap has been welcomed by some, others are cautious of the results.

Libby Lyons, director of the WGEA, recently warned that we need to keep our foot on the pedal and maintain momentum.

Ms Lyons explained that the national gender pay gap remains an important reminder that women continue to face significant barriers in the workplace.

“It reflects that women’s work is traditionally undervalued and women are under-represented in senior executive and management roles,” she said in a statement earlier this year.

The Institute of Public Accountants has long campaigned for Australian employers to take action on diversifying their businesses to promote gender inclusion and equal pay for equal work.

Vicki Stylianou, executive general manager of advocacy and technical at the IPA, says that the group is very conscious that it can set an example and encourage others to improve their gender and diversity outcomes.

“We have developed a diversity strategy which has essentially three layers or tiers which reinforce each other and cover our board of directors, membership and staff,” Ms Stylianou explains.

“It takes a longer-term view of ensuring a sustainable pipeline of new talent which supports gender and diversity outcomes.”

According to WGEA’s recent report into gender equity, the finance and insurance sector consists of 48.1 per cent women, yet the share of female full-time managers is only 37.7 per cent.

“The accounting profession has greatly benefited from the emergence of new female leaders,” Ms Stylianou says.

“We are seeing more females going into private practice and taking on senior roles which were previously dominated by males.”

Women’s history in accounting dates back to World War I, which saw women occupy seats in the finance sector as the men left to fight on the frontlines.

Among the pioneers was “Australia’s first lady of numbers” , Mary Addison Hamilton.

In 1915, she became the first woman to gain membership in a recognised professional accounting body in the British Commonwealth, the Institute of Accountants.

Ms Hamilton’s admission to the institute, initially recorded in the minutes of meetings of the WA Institute, also appeared in The West Australian newspaper in 1915.

Three years later, The Accountant (UK) acknowledged Ms Hamilton as the first woman in the Empire admitted by examination to a recognised accounting body. This news item was subsequently reproduced in Australia’s first accounting journal, The Public Accountant.

Today, women are fairly equally represented in accounting, believes Natasha Jenssens, the founder of Women with Cents and Sova Financial.

“With regard to the accounting profession, it certainly has a greater female representation than others in the finance field – with the split nearly 50/50 between men and women in accounting while other finance professions such as mortgage broking and financial planning remain heavily male dominated,” says Ms Janssens.

Ms Stylianou agrees, but explains that greater diversity is reflected at graduate levels than at senior levels in accounting.

According to WGEA, the differences between women’s and men’s average weekly full-time earnings across all industries, including the private and public sectors, shows that across Australia the gender pay gap is highest in  financial and insurance services and stands at 26.9 per cent.

In accounting alone, the pay gap stands at over 30 per cent according to the latest statistics from the ATO.

“This is huge and needs a lot more action if it is to equalise in an acceptable period of time,” Ms Stylianou notes.

One of the main reasons for the gender pay gap and its slow reversal is unconscious bias, believes Ms Janssens – in other words, the way that both men and women value women’s contribution.

“For generations, women have been viewed and treated as second class citizens and it is only relatively recently that women have been given the right to an education, right to vote, right to own property or even have their own bank account,” Ms Janssens judges.

“So, it is going to take time for us to unlearn a lot of our behaviour as a society.”

She notes that studies that show that fields dominated by women have lower wages than fields typically male led suggest that women don’t value their own work.

“This in turn also impacts the way women view themselves, and their own self confidence and ability to be more assertive when it comes to pay negotiation,” Ms Janssens notes.

Apart from being a professional in financial services, Ms Janssens is also a small business owner.

Ms Janssens first decided to become self-employed because she didn’t want her vision or reach to be restricted by anyone. At the time, she also planned to start a family and wanted more control over her hours.

In 2013, Ms Janssens started her holistic finance practice, Sova Financial, and a year later she gave birth to her first child. She says that there are many pros to women becoming self-employed.

The latest statistics from the ABS show that over the past two decades the number of female-run small businesses has grown by 46 per cent.

Of the 3.3 million small businesses in Australia, around 33 per cent are run by women, the data shows.

“The statistics suggest that the number of self-employed women is growing at a faster pace than that of men, which indicated that women are turning to self-employment as a way around many of the obstacles they face in the workplace,” says Ms Janssens.

She advises other women to not underestimate their value.

“If being in business for yourself is something that interests you or you would like to try – I say go for it! What do you have to lose?” Ms Janssens adds.

Breaking through the glass ceiling

According to the Australian Institute of Company Directors (AICD), women account for 29.5 per cent of the boards of Australia’s largest 200 listed companies as at 31 March 2019.

“At the beginning of this year we expected to achieve our 30 per cent target imminently, but unfortunately the overall percentage has fallen since the start of this year,” he says.

The latest statistics also reveal that there are still four companies with no women on their boards, while 50 companies only have one.

“Far too many companies appear to think that diversity stops after the appointment of one woman,” says Mr Armour.

However, despite the positive, a research paper issued in March by the Bankwest Curtin Economics Centre (BCEC) and the WGEA suggests that based on current growth patterns, female CEOs will have to wait another 80 years before achieving equal representation with their male counterparts.

The findings reveal that while the glass ceiling is receding, it is doing so at a very slow pace, with the highest paid men in Australia pocketing a minimum $162,000 more than the highest paid women.

In addition to undervaluing women, workplaces can be a danger to a woman’s wellbeing, the Australian Human Rights Commission (AHRC) revealed last year.

The AHRC released a national survey in 2018, which investigated the prevalence, nature and reporting of sexual harassment in Australian workplaces and the community more broadly.

The results exposed a high rate of sexual harassment in Australian workplaces, with two in five women (39 per cent) reporting that they have experienced sexual harassment at work in the last five years, and mostly at the hands of a male co-worker.

Additionally, in 2014 a national review carried out by AHRC revealed that a staggering one in two (49 per cent) mothers experienced discrimination in the workplace at some point during their pregnancy, parental leave or on return to work.

Furthermore, one in five (18 per cent) mothers were made redundant/ restructured/dismissed or their contract was not renewed, either during their pregnancy, when they requested or took parental leave, or when they returned to work.

Experts have argued that addressing gaps in anti-discrimination law would help to reduce the effect of discrimination on women’s workforce participation.

And while all agree that a macro approach is required to combat workplace harassment, a 2014 study by PricewaterhouseCoopers showed that for every dollar spent on successfully implementing an appropriate action, there is on average $2.30 in benefit to be gained by the organisation.

A study carried out by McKinsey and Company in 2017 echoed that gender diversity is correlated with both profitability and value creation.

“We found that having gender diversity on executive teams, specifically, to be consistently positively correlated with higher profitability across geographies in our data set, underpinning the role that executive teams – where the bulk of strategic and operational decisions are made – play in the financial performance of a company,” McKinsey said in 2017.

But the benefits are also global. Besides individual gains, the United Nations revealed that increasing female employment rates in OECD countries could boost the OECD GDP by over US$6 trillion.

So, the bottom line is, “the economic empowerment of women matters”, Ms Stylianou concludes.

The push towards digital
Paying it forward