Mental illness is impacting the small business community. But accountants ready to acknowledge a social responsibility can play a vital role in loosening its grip. 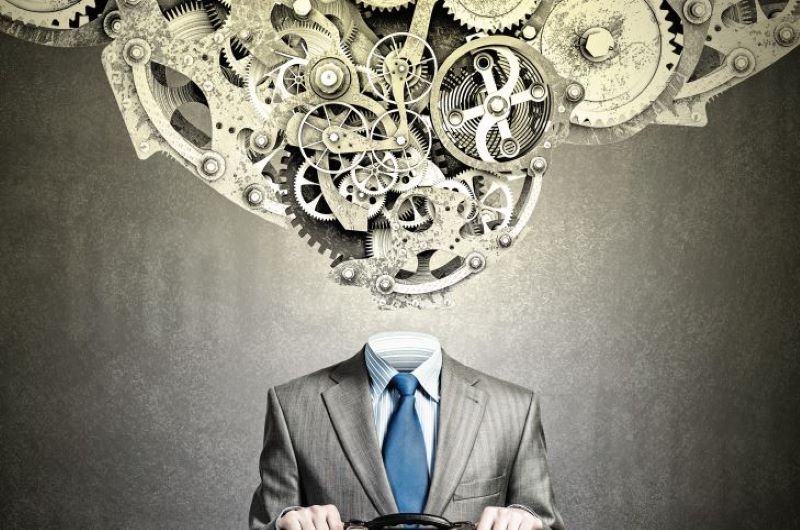 Before delving into his research at this year’s World Congress of Accountants in November, Andrew Conway knew his presentation on mental health would be shocking.

The Institute of Public Accountants chief executive doesn’t have a clinical background, but after touring the country to speak to members and small businesses, he was categorically certain this public health issue needs to be better discussed and handled in the accounting profession.

“I’m not apologetic for raising a confronting issue,” he says.

Mr Conway’s address encouraged accountants everywhere to realise the harsh realities of mental health issues among small business owners. Research shows that workplace stress is one of the main reasons behind physical and mental health problems, and is having an impact on the economy.

According to CEDA – the Committee for Economic Development of Australia – ignoring mental health is costing Australian businesses $48.9 billion per year due to costs associated with unemployment, days of absence, reduced labour income as well as time off to care for someone.

But in its survey of small business owners, the IPA found that over 90 per cent of participants said engaging with an accountant has reduced their rates of stress, anxiety and depression.

This finding makes it crucial for accountants around the world to realise they have an important social role to play.

“It’s re-emphasising the social value that accountants have. The business that we’re in is not the numbers game. The business we’re in is the human business, interacting with people and making sure that when a client turns up at the practice with their back against the wall saying ‘I can’t do it anymore’, the accountant says, ‘Don’t worry, I’ll take care of it’,” Mr Conway says.

“You could well have changed the course of that person’s life.”

According to Stephanie Thompson, a corporate psychologist and owner of behavioural services consultancy Insight Matters, there are several reasons why small business owners are particularly vulnerable to mental health issues.

“Typically, they are high-achievers, and they are forced to step out of their comfort zone in many ways to manage the business. A skilled craftsperson finds themselves in the additional role of salesperson, bookkeeper, human resources expert and customer services provider,” she says.

“Then when the business grows, owners feel they personally must compensate for all shortfalls in staffing because no one else will. Critically, they have to make salary each month, one way or another. No exceptions. They feel they can never take a break.”

But it wasn’t until recently that businesses have started paying attention to this. Ms Thompson says mental health has become a big topic over the past several years, and society has come to understand just how frequently mental wellbeing problems can occur.

She adds that large organisations, for whom small business owners are core customers, have been studying the phenomenon and discussing how they may better interface with it.

“[In the past], when a business owner experienced health challenges, it was typically denied and pushed through, rather than proactively and constructively managed. When staff experienced these issues, the loss of their job was likely. The associated absences and performance issues were not well understood, and their impacts were, and still are, very difficult for small businesses to absorb,” Ms Thompson says.

But for the IPA, the significance of this issue was not realised until its 2015 roadshow.

Mr Conway says 70 per cent of the people the tour engaged with said they were feeling overstressed, anxious or depressed. The vast majority cited their small business as the reason for their issues.

“It was actually the number one issue that members were raising and small businesses were raising with us. It was keeping them awake at night, their mental health. And business might be going well, but some of them were just saying to us, ‘We can’t keep going like this’,” he says.

“As we stepped through that, the next question arose: how much impact and influence does an accountant have on that mental health and wellbeing?”

As it turns out, accountants do have a big impact. The IPA’s survey found that 35 per cent of small businesses wish they engaged a professional accountant earlier in the life of their business, while 93 per cent rely on a public accountant for advice beyond standard compliance and tax-related matters.

During his address at the World Congress of Accountants, Mr Conway highlighted a harsh fact. He said that rates of suicide globally are on a significant rise, with over a million suicides expected in 2018. By 2021, that number is expected to jump to 1.5 million.

Mr Conway believes that with the right tools and resources, accountants can make a huge difference in the lives of their clients and ultimately contribute to the decline of mental illness among SMEs.

“If we in our roles across the profession can assist just one person, well, isn’t that worth it? Of course, it is,” he says.

“There’s a far bigger thing at stake here, and that is about the quality of life of the people we engage with and understanding that and resourcing it and giving our members the skills they need to provide that support.”

Creating those tools to support SME mental wellbeing is exactly what the IPA is currently working on.

Mr Conway says the IPA is providing access to mental health first aid training and facilitation training for its members. The organisation is also partnering up with other specialist groups for support and building frameworks for members to lean on. The IPA also hopes to create an educational component.

“The challenge is making sure we have the right ability to use a radar as professionals to see a person sitting opposite from you, who is displaying certain signs, and use that as cues to handle some very difficult conversations. How do we provide the best resources to accountants to have to wear all that from the client’s point of view, and where does the accountant then go? Who do they turn to?” he says.

“We’ve got to build better resources. There’s a longer-term issue of how we build education frameworks. I’d like to see in a few years’ time, hopefully shorter than that, every professional accounting program having an element of mental health first aid within it. So, before we prepare and send accountants into the profession, they are aware of these issues and have the skills they need to deal with them.”

Mr Conway says these initiatives are not about branding or the profession, but about the community.

“From the IPA point of view, we want to share those resources across jurisdictions. This is not about brands. It’s not about individual people in the profession. It’s about what’s best for clients and what’s best for the community,” he says.

“We know through our own research that the big thing that students want coming into our profession is that they want to know their work has social value. I would argue, what greater social value could you give than assisting a client get a better life?”

Ms Thompson agrees that accountants can contribute to healthier outcomes for SMEs.

“A competent and trustworthy accountant is a godsend to a small business owner. Finances are an area that so many struggle with, and from which much stress is driven,” she says.

“Most non-accountants don’t understand their own books or reporting requirements. Accounting protocols are not necessarily intuitive and, because the business owner’s neck is on the line regardless, the whole topic can provoke great anxiety. So, an accountant who gently educates their SME client, and proactively structures their business’ finances, is actually a tremendous stress reliever.

“It’s a very valuable contribution to their wellbeing.” 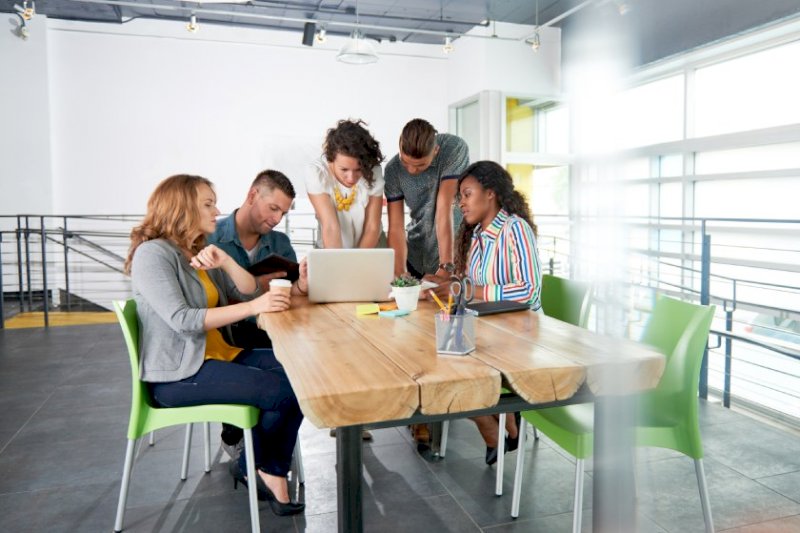 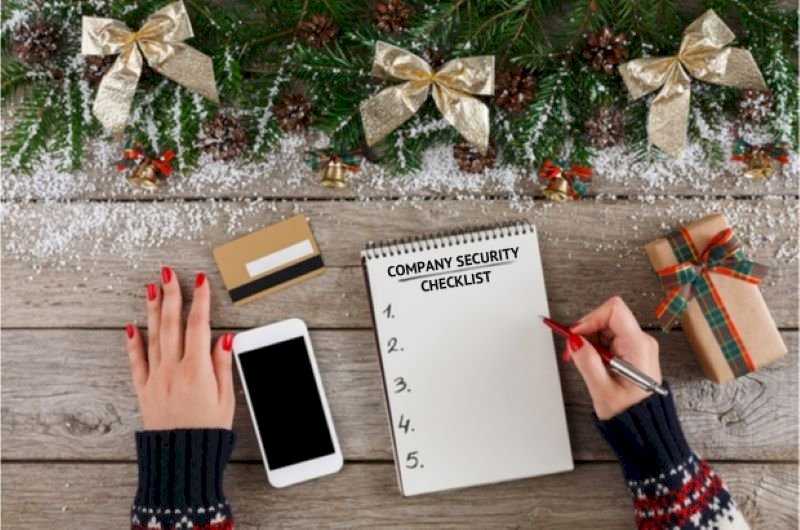 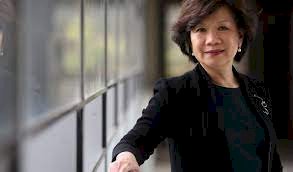