Small-business owners admit that running their own show causes stress, takes time away from family and impacts their physical and mental health. 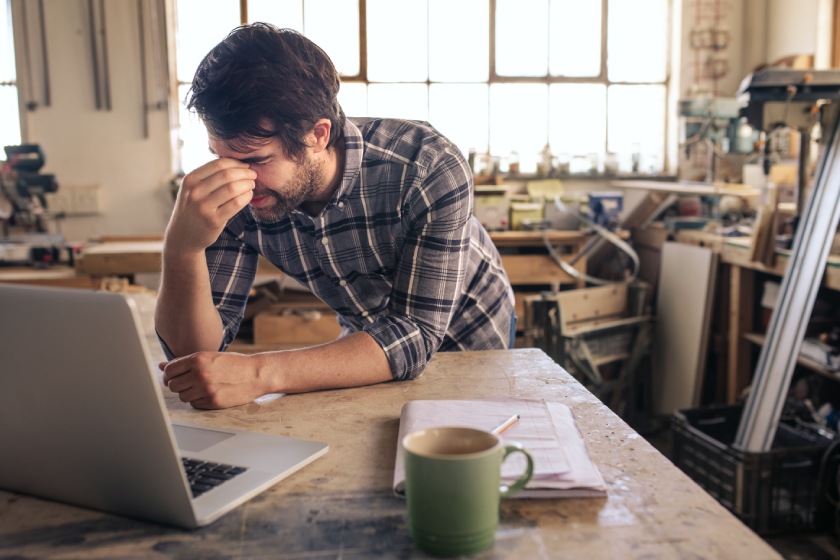 A survey by Xero and Lonergan Research also found that small-business owners believe their business has led to hair loss, lack of sex, and faster ageing.

The report surveyed more than 500 Australian small-business leaders, including those who own or manage their business with fewer than 20 employees and found that overtime invested into running a small business is eating away at important personal time for two-thirds (66 per cent) of respondents.

The average Australian running a small business loses 19.8 hours a week, or 43 days each year, which had been redirected from other priorities in their personal lives. Up from 15.2 last year, this comprises of time that would otherwise be spent: with family (3 hours), socialising (2.9 hours), on hobbies (2.7 hours), sleeping (3.2 hours), on health (2.7 hours), relaxing (3.3 hours) or on odd jobs and chores (2.7 hours).

Despite the ongoing effects of the pandemic and emerging business challenges like inflation, however, fewer said they are stressed or suffering from stress side effects – indicating the emotional toll is lessening.

“From time taken away from family and friends to lack of sleep, small business leaders make big sacrifices to keep things afloat. This year, Iʼm relieved to see stress levels have decreased as the impact of the pandemic subsides,” he said.

Despite the emotional costs of running a business, most small-business leaders (85 per cent) wouldnʼt have it any other way; three-quarters (74 per cent) said they canʼt imagine living a different life.

Love isnʼt in the air for those in charge of small businesses. This year, not only do more people report not remembering their last date night (30 per cent in 2022 vs 25 per cent in 2021) but one in eight surveyed (13 per cent) havenʼt been on a date for at least 12 months.

Meanwhile, a quarter said the demands of their business leave them with fewer opportunities for intimacy. For half of respondents who said running a business impacts their sex life, one in five (20 per cent) said this is due to decreased libido and 14 per cent reported having less time to spend looking for love.

For those in a relationship, their partner also feels the impact of this stress – two in five (41 per cent) of those who run a small business have had to skip an anniversary, date night, or even their birthday (10 per cent) due to work pressures. To make up for these missed occasions, Australians who run a small business spend an average of $119 on gifts a year for their partner.

Even their pets are being asked for forgiveness as small-business leaders spend close to $50 ($45) on gifts per year to buy their furry forgiveness.

Small-business leaders make a lot of sacrifices, but holidays are the most likely to go. Based on the survey, half (50 per cent) have sacrificed a family holiday – having cancelled, missed or postponed one – and a quarter (24 per cent) have delayed a family trip. While 13 per cent havenʼt been able to refresh with a holiday longer than a week in over five years.

This year, twice as many respondents donʼt remember the last time they had a holiday as in 2021 (13 per cent vs 6 per cent). Given small-business owners and managers are reallocating three hours of relaxation a week, on average, to work, many are in need of a good break.

The ongoing stress of running a business has taken a toll, according to the report. The most common symptoms of stress are exhaustion (33 per cent) and sleepless nights (32 per cent), as well as more physical effects like headaches (26 per cent) and weight change (15 per cent). Around one in four (26 per cent) report follicular damage, with either greying hair (14 per cent) or hair loss (12 per cent).

Meanwhile, two in five (40 per cent) think running a business has sped up their ageing process, making them look or feel older than they are. Despite these reported ill effects, around half (46 per cent) of those who run a small business say theyʼve had to miss out on a healthcare appointment due to work demands – leaving little time to take care of their health and wellbeing.