Business groups have called on the government to clarify the tax implications of buying rapid antigen tests for their employees. 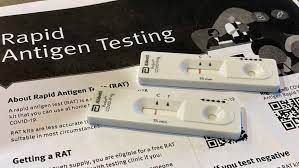 Last week Prime Minister, Scott Morrison, confirmed RATs would be tax-deductible, but did not indicate in what capacity the tax deduction could be claimed.

Business and industry groups have asked for the tax commission to clarify if workers and business owners can claim RATs as a legitimate working expense for tax purposes and whether businesses can include the costs of tests they provide to their workforces fringe benefit tax-free and as a deduction against their taxable incomes.

“The costs of the tests by employers would in most cases qualify as a deductible business expense. That’s the easy bit,” he said.

“However, the kits could attract FBT depending on the circumstances in which they are given. If they are provided for workplace occupational health and safety then this should not attract FBT under one of the existing exemptions.

“If available for employees for personal use then FBT could apply effectively doubling the cost. For employees they would be deductible if the employer has mandated their use or if compelled by a state health order to get tested in order to travel for work.

“RATs purchase for private purposes such as private travel, or family gatherings would not be tax deductible under our current tax rules.”

Mr Greco said to remove the problematic nature and to provide certainty over the tax treatment, the IPA supports any government changes to the law to make RATs deductible and exempt from FBT.

“The only thing that is certain is that RATs attract GST, full stop, unless the GST Act is amended,” Mr Greco said.

One of Australia’s leading accountancy associations, Pitcher Partners also warned there is the potential for businesses to trigger an FBT event if they purchase RAT kits for their employees or if they reimburse the cost of tests purchased by employees.

“Creating a safe workplace for their teams [by buying or reimbursing RATs], could simultaneously and unintentionally trigger a Fringe Benefits Tax problem,” said Raelene Berryman, partner at Pitcher Partners Sydney.

Ms Berryman said it is understood that by providing test kits to employees for use outside of the workplace for personal reasons is likely to attract an FBT, but she noted there are ways for businesses to work around this.

“The ATO’s stated position is that tests are exempt from FBT as ‘work-related medical screening’ when both of the following apply: the test is administered by a legally qualified medical practitioner or nurse and testing is made available to all employees,” she said.

“For the second point above, as long as tests are offered to all employees it will not trigger an FBT event, irrespective of employees choosing not to take a test.

“Given that RATs are self-administered tests and therefore are not conducted by a nurse or doctor, they are likely to attract an FBT, unless another FBT exemption can be applied.”

Greg Wilkins, client director at Pitcher Partners Sydney said relevant FBT exemptions that should be considered are the minor benefits exemption and the otherwise deductible rule.

“In order for the Minor Benefit Exemption to apply, tests need to be provided on an infrequent basis and the cumulative value of the tests, per employee, over the course of the FBT year, for example, 1 April to 31 March, need to be less than $300,” he said.

“For the Otherwise Deductible Rule to apply, the supply of RAT tests would need to be a mandated requirement of the relevant jurisdiction.”

He said businesses should prepare for an FBT consequence in the upcoming FBT year if they are currently providing test on a regular basis to key employees as a means of keeping their day-to-day operations functioning, especially if there is an absence mandatory testing.

However, the subject of deductibility and FBT consequences is likely to be an evolving issue where rules will be adjusted according to developing circumstances.

“On a positive note, tax deductions can be made by employers who supply rapid antigen tests to employees with it being considered an employment related expense as it is intended to provide a safe working environment,” Mr Wilkins said.

“It is important for businesses to take into consideration their decision to supply rapid antigen tests to employees, with those who continue to supply RATs to expect a fringe benefit tax in the upcoming FBT year. Seeking professional accounting guidance could bring relief to many businesses as advisors will be able to guide you through relevant FBT exemptions while providing an independent perspective on whether or not continuing to supply RAT tests is the best decision for your business.”