The Reserve Bank of Australia did a backflip on Friday (22 October) and ordered buy now, pay later providers including Afterpay and Zip to remove rules in their contracts with merchants that prevent the payment costs of the services being passed on to customers. 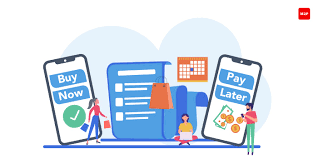 The statement was made after a review of retail payments regulation, in which the RBA had strong feedback from merchants that said the BNPL facilities had become an essential part of their business but the high cost of the service was prohibitive.

The RBA said following the review that its “mandate to promote competition and efficiency in the Australian payments system for BNPL providers to remove their no-surcharge rules, so that merchants can apply a surcharge to those payments if they wish”.

“This approach is consistent with the board’s long-standing principle in relation to no-surcharge rules,” the RBA said on Friday (22 October).

Afterpay argued against removing the rules, saying buy now, pay later only represents a small volume of overall payments, and its payment cost of around 4 per cent includes other services including marketing and referrals, in addition to the payment.

Last December, RBA governor Philip Lowe said it was too early to impose the removal of the rules because BNPL was still relatively small and the bank realised it needed to support innovation.

But on Friday (22 October), the RBA pointed to “the adverse implications for competitive neutrality in an environment where designated card schemes and some other payment services have been required to remove their no-surcharge rules”.

The ruling will force Afterpay and Zip to change its merchant fee arrangements, splitting out the payment component of the fee – which can be surcharged – with the part of the fee that represents the cost of the referral and market service, which may not be able to be surcharged.

ATO wants feedback to improve future services and advice
Study finds e-invoicing could save SMEs over $40,000 a year