Consumers are cutting back on their spending on entertainment, home buying and retail goods according to the latest CommBank Housing Spending Intentions Index. 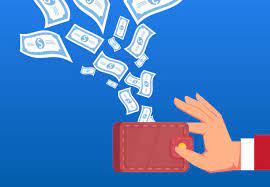 Despite a modest rise in the index of 0.9 per cent, the figures reveal that this was due mainly to the higher prices of fuel and food.

The marginal rise in the index – which combines Commonwealth Bank of Australia (CBA) payments and lending data and Google Trends search information – was narrowly based. While the index is now equal to its record high set in March 2022, the gain in June was mainly driven by increased cost of goods and higher spending in the transport, education and household services sectors.

Australians returning to the office saw transport spending surge 6.7 per cent in June, due to the higher cost of fuels and an increased use of public transport, car parks, taxis and childcare services. Elevated demand for work clothing also drove increased spending on department stores, dry cleaning and tailoring. While transport spending is up 132.2 per cent on June 2021, it remains well below the pre-pandemic levels.

Travel spending intentions rose by 1.5 per cent in June and are up 71.3 per cent on the year, as pent-up demand is unleashed. Travel agencies, cruise lines, airlines, airports, hotels & motels, tourist attractions, sports and recreational camps and bus lines all benefited, although motor home and RV rentals weakened as people looked to holiday further afield.

CBA chief economist Stephen Halmarick said although consumer spending remains higher than it did a year ago, the modest gain was fuelled by cost-of-living increases rather than increased spending.

“Interest rate-sensitive sectors of the economy are clearly starting to show the impact of recent Reserve Bank interest rate increases, with discretionary spending on entertainment, home buying and retail all declining on the month,” he said.

“With further interest rate increases expected through the remainder of 2022, we would expect to see discretionary spending weaken further in coming months.”

According to the Australian Bureau of Statistics household spending data consumer spending rose 7.9 per cent in May 2022, compared to the same time last year.

Jacqui Vitas, head of macro-economic statistics at the ABS, said household spending increased in all spending categories, with the largest increase in spending on services (10.2 per cent).

“Strength in the services categories was driven by transport (up 14.5 per cent), as air travel continued to recover, and higher petrol prices increased motor vehicle running costs,” he said.

Strong growth was also seen in spending on miscellaneous goods and services (up 12.6 per cent), hotels, cafes and restaurants (up 10.3 per cent), and recreation and culture (up 10.0 per cent).

After last week’s third consecutive monthly increase in interest rates, CBA is forecasting a 25-bp hike in August and additional increases over coming months taking cash rate target to 2.1 per cent by end of 2022. CBA’s economics team has trimmed its GDP growth forecast for 2022 to 3.5 per cent (from 4.7 per cent) and expects house prices to fall around 15 per cent from peak to trough by end 2023.