People were buying less alcohol and tobacco in February, but spending in all other areas rose according to the latest household spending data from the Australian Bureau of Statistics. 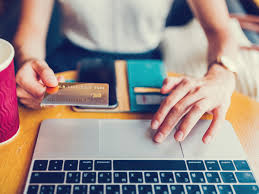 Household spending increased by 7.7 per cent in February 2022, compared with February 2021, according to figures released on Wednesday (20 April) by the Australian Bureau of Statistics (ABS).

Jacqui Vitas, head of macro-economic statistics at the ABS, said the largest rises in household spending were for clothing and footwear (20.2 per cent), recreation and culture (17.8 per cent), and hotels, cafes and restaurants (15.6 per cent).

“Household spending increased in seven of the nine spending categories in February 2022, compared to February 2021. The only categories with decreased spending over the same period were on alcoholic beverages and tobacco (-10.3 per cent) and miscellaneous goods and services (-0.8 per cent),” Ms Vitas said.

“Fewer COVID-19 cases in February, alongside the further easing of restrictions over the month saw increased spending in recreation, hospitality and retail venues.”

All states and territories recorded increases in household spending in February 2022, compared with February 2021. Victoria (13.9 per cent) and Western Australia (12.1 per cent) saw the strongest increases in spending throughout the year.  The Northern Territory recorded the weakest rise (0.6 per cent), as the territory recovered from spending falls caused by COVID-19 lockouts and mandates in January 2022.

When comparing February 2022 to pre-pandemic January 2020 estimates, total household spending increased 5.6 per cent in current price, calendar-adjusted terms. Health (up 25.4 per cent), food (up 13.4 per cent) and furnishings and household equipment (up 12.2 per cent) showed the strongest rises when compared to pre-pandemic levels.