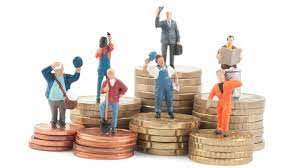 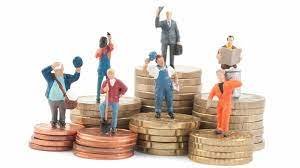 The Australian Chamber of Commerce and Industry and the Australian Industry Group have both warned the amendment threatens the viability of labour-hire services and ignores the views of more than the 360,000 employees in the industry.

“Employers and employees should be able to sit down and make their own decisions regarding employment conditions and wages in compliance with workplace regulations.

“It is neither fair nor accurate to undermine an industry and deny its employees any democratic say in how they work.”

The Australian Industry Group said the “Same Job, Same Pay” proposal is unfair and unworkable, and contains the same flaws of the original announcement.

“The definition of ‘labour hire’ in the Bill is extremely broad. Consequently, the Bill would disrupt countless business-to-business contracting arrangements in which the employees of one business carry out work for another business, in numerous industry sectors, affecting the viability of many businesses and the ongoing employment of many thousands of employees,” Innes Willox, chief executive of the national employer association Ai Group, said.

“The Bill would require labour hire and contracting businesses to provide not only the same ‘pay’, but the same ‘conditions’, as those provided by the client business. This is obviously unfair and unworkable.

“Further, if an airline offers its employees access to heavily discounted airfares, it is unfair and unworkable to expect a labour hire / contracting firm providing services to the airline to do the same.”

Mr Willox said labour-hire and contracting businesses need to be able to make their own decisions, in conjunction with their own employees, on what salaries and employment conditions are appropriate, so long as the relevant awards and workplace laws are complied with.

“The latest ABS statistics show that only 1.1 per cent of the workforce is employed by a labour hire firm. This proportion is lower than it has been over the past 10 years. Ongoing attempts by unions to demonise the labour hire industry are not in anyone’s interests,” Mr Willox said.

“Businesses often use labour hire and contractors to fill gaps in capability or to undertake non-core functions where they need flexibility or specific skills. The Bill’s exclusion of workers covering the roles of employees for up to three months or to cover surges in demand for up to three months, goes nowhere near addressing the problems that the ‘same job, same pay’ proposal will cause. Similarly, the exclusion of businesses with up to 15 employees that engage labour hire will not address the problems that would be caused for thousands of larger businesses.

“Some of the largest labour hire and contracting businesses operating in Australia are multi-national firms. The Federal Opposition’s Bill sends completely the wrong message to overseas head offices, that Australia is not a good place to invest.

“Ai Group urges the Opposition to rethink the proposal in the interests of those who work in the labour hire or contracting industries, or use the services of these firms.”