The emphasis on supporting women in the NSW budget has been welcomed by business and industry groups but there was not much to sweeten the plight of small businesses in face of rising inflation and economic headwinds. 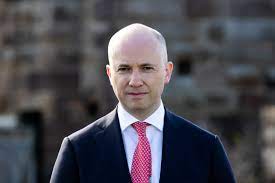 However, first home buyers have been given a boost with the reform of the stamp duty tax that Institute of Public Accountants’ general manager technical policy, Tony Greco called a “bold move”.

Mr Greco said that after 20 years of failed federal attempts to improve the tax system, the NSW government has decided put tax reform targeting stamp duty and land tax on the table.

“It’s a bold move even though it does not apply to all property purchases as it is limited to homes up to $1.5M purchased by first time property owners,” he said.

“Stamp duty has been labelled by many as a ‘bad tax’ for many reasons and needs to be replaced with a more efficient tax such [as] land tax. The Federal Government has indicated tax reform is not on its immediate ‘to do’ list as it was not something it took to the recent election.

“The ACT is already transitioning from stamp duty to a land tax so this movement is nothing new.”

Although there was not much in the state budget in the way of supporting small business, Mr Greco said the NSW government was very supportive during COVID with numerous initiatives so this fact should not be overlooked.

With skills shortages top of most business concerns the investment in skills training was welcomed but some believe it hasn’t gone far enough.

The budget will see TAFE NSW receive a $318.9 million capital investment to upgrade teaching equipment, facilities and digital infrastructure, taking the total capital spend on TAFE NSW to $792.2 million from 2020-21.

The NSW government will invest $82.7 million over four years to deliver fee-free apprenticeships, traineeships and priority qualifications for people across NSW, with a particular focus on industries experiencing high demand for skilled workers.

The budget will also provide $25.1 million for the statewide expansion of Careers NSW, to enable people in every part of the state to access free career guidance and expert advice to help them get the job they want.

“The emphasis the Government is giving to raising workforce opportunities for women is particularly welcome given widespread labour and skills shortages,” she said.

“The Government’s childcare, pre-schooling and parental leave initiatives will help build on the very strong gains in female workforce participation over the past decade. The initiatives to support women in small business and to attract women into the construction industry reflect identified areas of need and opportunity.”

Although there have been some measures in the budget to further skills training, Ms Waldron said the Ai Group was hoping for more to support apprenticeships and traineeships.

“With skills shortages such a pressing area, Ai Group’s members were hoping for a greater emphasis on skilling particularly through apprenticeships, traineeships, and cadetships and for a focus on raising the digital capabilities of the existing workforce,” she said.

“Ai Group also supports the range of measures the Government is taking to stimulate the development of future industries across the State. These include advanced manufacturing, renewable energy and its supply chains, critical minerals and medical technology. We recognise the high-risk nature and longer-term nature of these investments and applaud the Government for its initiatives.”

The Australian Retailers Association (ARA) said the budget’s strong emphasis on women was pleasing and it welcomed the much-needed support for families to address the rising cost of living, with more than $7.2 billion in financial supports, much of which will naturally flow through the retail economy.

Chief executive Paul Zahra said despite the ongoing economic challenges, with rising inflation impacting businesses and consumers, the budget contains some positive initiatives that set NSW up well for the years ahead.

“The economic fallout from the pandemic and the floods has taken its toll, with deficits forecast for the next two years, however the state is poised to bounce back well with economic growth of 4.25 per cent predicted over the next financial year,” Mr Zahra said.

“We applaud the strong focus on women in this year’s Budget. As an employer of choice for women, retailers warmly welcome the initiatives to boost childcare, as well as supports for women in small business and other measures to boost women’s workforce participation.

“Governments across the country must do more to work with industry to help increase workforce participation and address gender inequality. With the measures announced today, NSW is clearly leading the way and the ARA looks forward to collaborating with government to support many of these targeted initiatives.

“With the rising cost of living impacting family budgets, we’re pleased to see over $7.2 billion in financial supports to help people make ends meet. A significant portion of this will naturally flow through to retail and help stimulate the economy.

“The main handbrake on retail recovery and growth is labour and skills shortages. We hope the additional investment to train 70,000 people will help alleviate the staffing issues many are facing, in particular in hairdressing and other areas of retail experiencing acute labour and skill shortages.”

“The Government’s mindset appears in-line with the Half-Yearly Review, when the state’s Treasurer claimed it was the time for ‘prosperity not austerity’,” she said.

The budget includes significant outlays to support women’s economic empowerment, including childcare and early childhood education and to help alleviate cost-of-living pressures. It also introduces a $729 million measure allowing some first home buyers to opt into paying an annual property tax rather than an upfront stamp duty.

Between 2021-22 and 2023-24, the deficit is projected to average $10.2 billion, compared to $3.5 billion in last year’s budget, reflecting the front-loaded spending announcements aimed at supporting households and the economy in the near term.

According to the ANZ research the government remains on track to return to a net operating surplus in 2024-25 of $0.6 billion.