A long-awaited Productivity Commission report has put an alarming figure on the cost of poor mental health to the Australian economy. 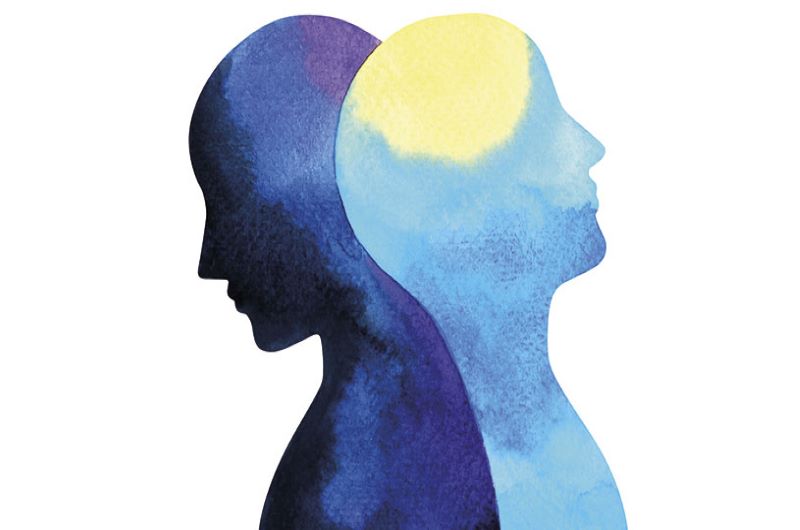 Mental illness is costing Australia around $200-220 billion per year, or between $550 million and $600 million per day. Most worryingly, that is only a conservative estimate the Productivity Commission put forward in its final report of its mental health inquiry in November 2020.

“The estimated figure is just over one-tenth of the size of Australia’s entire economic production in 2019,” the report says. “Not all of this cost is avoidable, but there is considerable scope for Australia to do better.”

To break down that figure even further, mental illness and suicide is estimated to cost the Australian economy up to around $70 billion per year. The remaining $150 billion is associated with diminished health and reduced life expectancy for those living with mental illness.

However, the report also pointed out that the astronomical cost of mental illness in Australia goes beyond number figures. The costs are also very personal for many people, and can include:

Further, the final report highlighted the gaping holes in Australia’s mental health system, describing it as “not comprehensive and fails to provide the treatment and support that people who need it legitimately expect”.  It referred to the system of community supports in Australia as ad hoc, with services starting and stopping with little regard to people’s needs.

“Australia’s mental health system does not focus on prevention and early intervention. Too many people are treated too late. Young Australians at risk and their families cannot easily access support,” the report says.

“And those with developing mental health problems can face a bewildering array of unpredictable gateways to care: they know what services they need, but timely access is not possible.”

Perhaps most concerning about Australia’s mental health system is that does not empower those who need it. The report noted that people with mental illness often have little say in their own treatment and are deprived of the information and other resources that they need to manage and make decisions about their own care.

The report says, “Providers of clinical and community services too often deliver what they think consumers need, sometimes based on ill-informed assumptions about the decision-making capacity of the consumer and sometimes based just on the symptoms presented to them rather than a holistic view of the individual.

“Put simply, Australia’s mental health system is not ‘person-centred’. It should be.”

In pointing out its vision for what a ‘person-centred’ mental health system should look like, the report says one of its main features in such a system is that information and support is provided that actually helps people to live well within their communities and managing their own mental health where possible.

Other key features include a focus on prevention and early intervention, services that are accessible, affordable and timely, as well as participation of the consumer’s family or carer to add to the value and effectiveness of the clinical or support service.

In addition, an ideal mental health system has treatment and support that is seamless for people, regardless of the gateway by which they enter the mental health system, with no gaps in care over a person’s lifespan or as their condition changes, according to the report.

But perhaps most important to a ‘person-centred‘ mental health system would be something whereby the outcomes for the recipient would be what matters for every clinical and support provider.

“This would then underpin the hiring and training of staff and the culture of service settings. The consumer – rather than the provider – would be the focus of service delivery,” the report says.

“Measurement and transparent reporting of all service outcomes, as perceived by the people using services, would be used to enhance ongoing improvement in both the effectiveness and efficiency of services, and to facilitate individual choices.”

What the Productivity Commission report on mental health definitively puts to bed is any notion that there is no economic incentive to address poor mental health in the workplace; that it is a social issue affecting only a tiny proportion of the population. Upon handing down the final report, the federal government acknowledged that it would be responding to its findings as part of the next budget scheduled to be handed down in May 2021.

What such an announcement indicates is that the economic benefits to be had from tackling mental health are worth more than the initial investment. Businesses no longer can run away from an issue that is pertinent to every workplace, not just the ones with workers who are mentally unwell.

However, recent research from workplace mental health organisation SuperFriend found that more than half (55.1 per cent) of workplaces are still not taking any tangible action, despite a stronger national focus and additional funding.

The new biggest hurdle to workplace mental health initiatives, especially for small businesses, was “businesses facing more important issues/struggling to survive”, while “lack of time and commitment” has tumbled as the most commonly perceived barrier.

On the other hand, one-in-three workplaces (29.8 per cent) have implemented new initiatives to support workers’ mental health and wellbeing since March, such as paid mental health days off, sick pay for casual workers, meeting-free blocks and substantially longer break times.

“On the flip side, every dollar invested into workplace mental health is estimated to deliver a return on investment of 5:1,” says SuperFriend chief executive Margo Lydon.

“In light of this, taking action by investing in workplace mental health and wellbeing is not an optional extra, it’s a must-have.

“With Australia’s increasing awareness of workplace mental health and its links to productivity, combined with our radically transformed ways of working, I hope this marks a positive tide of change.”

Even before the Productivity Commission delivered its final report, the Institute of Public Accountants (IPA) was already encountering widespread signs of stress, anxiety and possibly depression among its membership base and their small business clients.

To address the issue, the IPA-Deakin SME Research Centre announced it will have 5,000 accountants undertake mental health training in the early part of 2021. Called the Counting on U Program, it was made possible by two grants totalling $3.5 million from the Department of Innovation, Science, Energy and Resources.

IPA chief executive Andrew Conway says the program will save lives and will ensure Australians will get faster access to professional, clinical support which increases the chance of a positive outcome.

“Accountants, as trusted advisers, are critical intermediaries and small-business clients share much more than their tax returns. Accountants are often the first to detect signs of stress among their clients,” says Mr Conway.

“They need to be equipped with the tools to have the conversation in a confident and safe way and have arrangements in place to refer clients to professional clinical support.

“The training will equip them to have the discussion, better understand the warning signs and understand their limitations. This initiative is designed to support the clinical process by encouraging Australians to access support as soon as possible.”

If you are interested in being part of the Counting on U program then please contact the IPA.

Celebrating Our Heroes - #ChooseToChallenge
The best of both worlds