Incoming challenger banks and government initiatives are expected to alleviate the hurdles in the SME lending space. But the success of this new era may depend on the accountants. 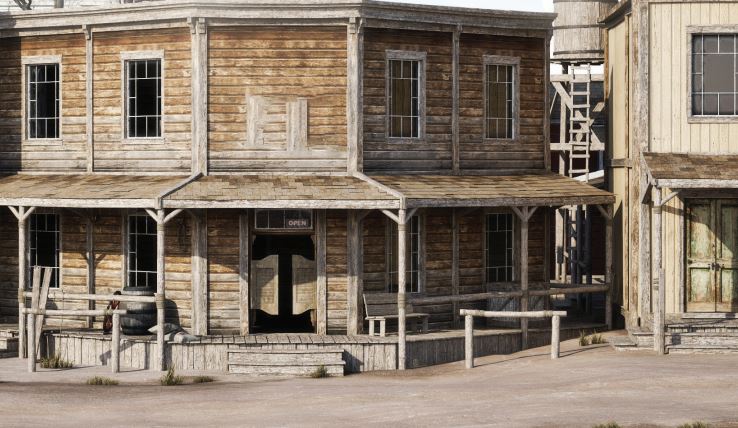 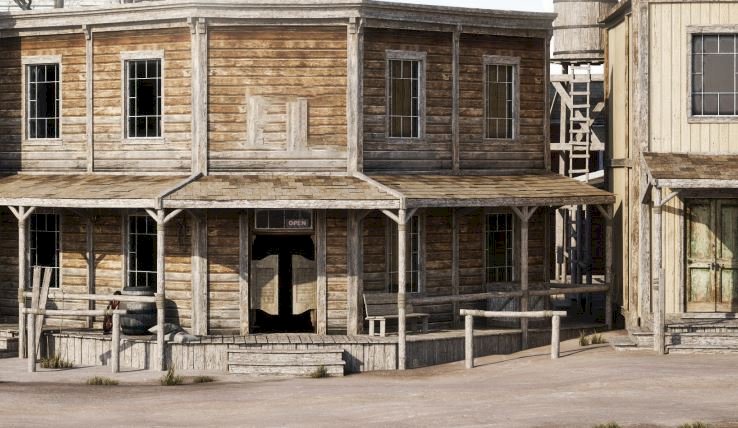 The lending landscape in Australia is in need of a major overhaul.

For several years now, small-to-medium-sized enterprises across the country have asserted how challenging it is to access finance. The major banks have been reluctant to fund SMEs without real estate as collateral. Even then, further financing is hard to come by.

But with a slew of alternative lenders emerging to fill this gap, the game for small businesses is starting to change.

Fintechs have been revolutionising the world of finances for over a decade, and small business lending is not an exception.

According to KPMG’s third Asia Pacific Alternative Finance Industry Report, the Australian alternative finance industry has grown by 88 per cent against the previous year.

More precisely, the market has grown from 100 alternative lending companies in 2014 to over 580 in 2017, says Australian Small Business and Family Enterprise Ombudsman Kate Carnell.

One such lender, Prospa, has lent almost $920 million to more than 18,000 Australian business since 2013. Additionally, in the reviewed period, it has contributed $3.65 billion to Australia’s nominal GDP and resulted in more than 52,000 annual full-time positions being maintained.

“We still lack patient capital,” Ms Carnell adds. “There’s a chunk of money that is looking for a quick turnaround. But for companies that are looking for longer-term finance, which is most, we still don’t have as much of that sort of funding available.”

But that’s expected to finally change.

The government’s recently-announced $2 billion securitisation fund is slated to bring down the cost of borrowing from alternative lenders while a string of challenger banks is poised to burst onto the financial services scene and take on the big four banks.

The rise of the fintech lenders

In the past, SME owners and operators searching for a loan in Australia could simply knock on the doors of one of the big four banks. But after the global financial crisis, which called into question the role of prudential regulatory bodies, the rules around lending began to change.

The Australian Prudential Regulation Authority (APRA) became more active in its oversight of the financial system, and imposed capital requirements on the major banks. As a result, the banks have upped their lending standards to SMEs, making it tougher for them to get a loan.

“What [APRA] did was make second-tier banks significantly less competitive by making the cost of capital high. The APRA requirements made it significantly more profitable for banks to lend on property than to SMEs because the SME risk rating was higher,” Ms Carnell says.

“The thing that frustrates us is that no modelling was ever done [for] what these APRA settings would do to SME lending. If you’re an SME and you don’t have significant – I mean significant – equity in bricks and mortar, in property, you’re not going to get a loan. It’s that simple.”

A code for fintech lenders

The Australian Finance Industry Association’s (AFIA) Code of Lending Practice for online small business lenders was deemed effective from 30 June 2018 with seven online business lenders as signatories. The code was created through collaboration with the AFIA, the ASBFEO, theBankDoctor.org and FinTech Australia.

This gap in the SME market is what gave birth to the rise of alternative lenders. Many of these newcomers are fintech companies that  use technology to finance businesses and individuals. They offer short-term loans with quick turnarounds.

For example, Prospa offers loans of between $5,000-$250,000 with no asset security required for up to $100,000. Application takes just 10 minutes, businesses can receive same day approval, and funding is possible within 24 hours.

Prospa is one of seven fintech lenders that has achieved compliance with the Australian Finance Industry Association’s (AFIA) Online Small Business Code of Lending Practice, which aims to set a higher level of transparency for small businesses seeking online secured and unsecured loans.

While these lenders are already subject to regulation, including the ASIC Act, Privacy Act, and anti-money laundering laws, AFIA explains that the code will see the lenders comply with a standard above these requirements in potential areas of small business risk.

As part of the Code, the seven lenders who are signatories have introduced a pricing disclosure tool with a number of key metrics that helps small business owners clearly assess if a loan is right for their needs, how much it is going to cost, and if it is the best solution available to them.

“This is a form of disclosure that traditional lenders do not provide,” Greg Moshal, joint CEO of Prospa, says.

Prospa’s most recent economic impact assessment, which considered the value of funds lent by the fintech over the period 2013-2018, reveals that 26 per cent of its customers would not be in operation without their most recent loan or believe they would have been forced to close.

“The findings show that responsibly managed lending to small business, supported by smart technology and a great customer experience, is not just increasing revenue and supporting jobs for our customers, but is having an economy-wide impact,” Mr Moshal notes.

The contribution of Prospa’s lending to Australian GDP is in the billions of dollars, Mr Moshal explains. In fact, the fintech’s research reveals that for every $1 million in lending by Prospa there is a corresponding $4 million increase in GDP.

However, Ms Carnell believes there is a catch.

She says that a chunk of these fintechs are still unregulated, and warns that the fintech terminology and the way they charge penalties can be confusing to SMEs.

“The great problem in the alternative lending space is the costs and penalties are often quite opaque. I think all accountants would know that it doesn’t work the same way as banks, but it’s not necessarily overly clear either,” she says.

“You’ve got to really understand what you’re getting into and what the costs are. But that doesn’t mean it’s bad,” Ms Carnell admits.

But these problems in the alternative lending market may soon be resolved.

In November 2018, the government announced it has set up a $2 billion securitisation fund that will provide significant additional funding to smaller banks and non-bank lenders. This is intended to allow these groups to offer loans to small business on more competitive terms.

Mr Moshal believes the securitisation fund will boost credibility and trust in alternative lenders, with small businesses increasingly looking beyond traditional banks and lenders for finance.

The Institute of Public Accountants (IPA) has welcomed the government’s initiative, having earlier advocated for the establishment of a loan guarantee scheme to help SMEs access financing.

“There is an urgent need for governments to revisit loan guarantee schemes for SMEs,” the IPA said in its latest Small Business White Paper, reiterating its views from 2015.

In the first Small Business White Paper, the IPA provided theoretical and practical support to a government-backed loan scheme for SMEs, and highlighted various forms of equity-based finance for SMEs, including venture capital.

Finally, the entrance of challenger banks such as Judo Capital is expected to make it easier for SMEs to get access to loans over $100,000. Judo is following the model developed by SME challenger banks in the UK including Aldermore, Shawbrook Bank and OakNorth Bank.

But there remains one challenge. For SMEs to fully take advantage of the shifting lending space, they must engage with accountants. Ms Carnell says many SMEs lack the skills required to create strategic business plans for major loans, creating a huge opportunity for accountants.

And yet regularly, the income tax return is what they had put together,” the Ombudsman says.

“Judo, who we’ve been having a bit to do with, has said that the thing they’ve found that they didn’t expect in stepping into this market is how much time it took for them to get small businesses to get those documents together. Most banks won’t spend that time.

“So, I think there’s a huge role for accountants to work with small businesses to put together the pitch for a loan.”

For those accountants ready to help their clients get alternative financing, knowledge is key.

According to the ASBFEO’s Borrowing from Fintech Lenders report, there are two main business models for fintech lenders: balance sheet lending and marketplace, or peer-to-peer (P2P), lending.

The major difference between the two is how they source and provide the funds to borrowers. Balance sheet lenders source money from capital markets and investors, while P2P lenders match investors with borrowers via a platform.

One of the most common types of loan offered by fintech lenders is a fixed-term unsecured loan, which is an amount of credit provided to a borrower in full and the amount is repaid over a fixed term. Unsecured means the lender will not take security over the assets of the business, and can seek to wind up the business as an unsecured creditor if one fails to make repayments.

On the other hand, a secured business loan sees the lender take an interest over the assets in a business as security, and can take control of these assets if one fails to make repayments. Other lenders offer lines of credit while others offer invoice or debtor finance, which is an advance of cash from a lender with the right to collect on unpaid invoices.

Before borrowing, accountants and SMEs must first consider what the true cost of the loan will be. This includes understanding all the fees and interest rates and determining whether the lending has a reasonable return on investment.

But more than this, accountants can help SMEs run their businesses without ever needing to take out a loan, says IPA general manager for technical policy and public affairs Tony Greco.

“[Accountants] can play an active role in making sure that the small entity client has got sources of finance lined up before a problem happens,” he says.

“There’s nothing worse than having to fund finance in a hurry. Your options become quite restricted. So, having the enterprise well served by showing those sources and cash flow projections and then being able to know which of the intermediaries are best to deal with, those are the ways an accountant can service the client.”