Money is a daunting subject for Australians both young and old. But a collaborative effort between schools, the government and parents can pause our progress towards financial illiteracy. 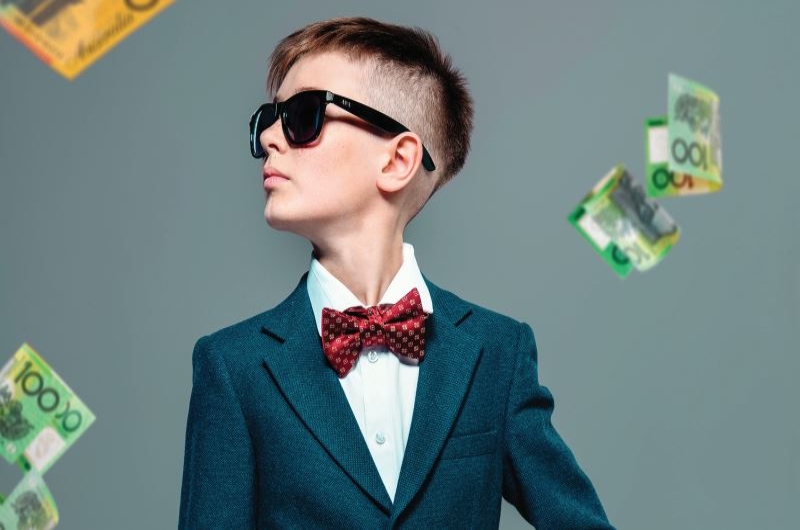 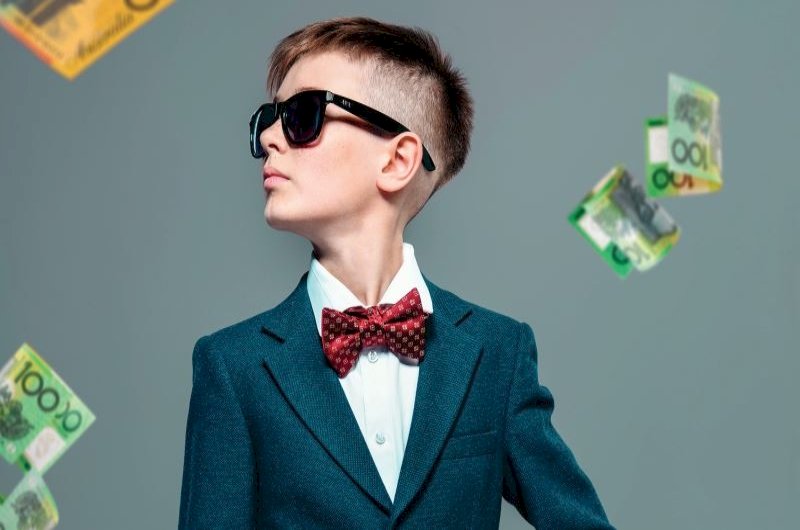 The financial literacy of Australians has been at the front and centre of a debate for generations. And with recent data from the Reserve Bank revealing that only 40 per cent of high schools offer economics as a subject, compared with over 90 per cent in the early ‘90s, concerns that Aussies are moving towards complete financial illiteracy are mounting.

Understanding money is central to understanding how the world works. However, more and more Aussies are finding the task of drawing up a monthly household budget and completing their tax returns daunting.

Not only are financial literacy issues the cause of day-to-day problems for Australians, but they are affecting the success of our businesses.

According to the Institute of Public Accountants, the lack of financial literacy is a contributing factor in the failure of Australian small businesses.

In putting together its Small Business White Paper, the IPA revealed that all too often entrepreneurs new to the market lack knowledge about finance and strategic management.

So how and when do we begin tackling financial literacy issues?

According to the Financial Capability website, managed by ASIC, a large number of Australians feel out of their depth when faced with basic financial concepts and decisions.

But the discouraging figures don’t end there.

The most recent Household, Income and Labour Dynamics in Australia (HILDA) survey, launched in 2001 by the University of Melbourne, tells us that less than 50 per cent of Australians could answer all five of the survey’s simple financial questions correctly.

It puts an added emphasis on Aussies under the age of 25, revealing that they are the least financially literate among the 17,500 people surveyed.

Furthermore, the findings of the Organisation for Economic Co-operation and Development’s (OECD) PISA 2015 questionnaire suggest that at least one-fifth of 15-year-old Australians don’t have basic financial literacy. OECD writes that some 20 per cent of 15-year-olds “cannot even recognise the value of a simple budget or understand the relationship between how much a vehicle is used and the costs incurred”.

When pooled, the results point to the conclusion that financial literacy issues stem from an early age.

The topic of financial literacy gained elevated status in the Australian curriculum, introduced in schools across the country in 2015. According to its website, the curriculum offers opportunities for interdisciplinary approaches that support the development of consumer and financial literacy in young Australians.

“Schools deliver the curriculum that they believe best suits their students and their needs at the time. So, it is quite flexible in how it is delivered,” Ms Higgins explains.

It is this flexibility, however, that is worrying the Reserve Bank of Australia. According to its findings, economics is taught in less than one-third of government schools and a little over half of non-government schools.

“Consistent with economics now being less available as a subject choice in government schools, there are sharply declining economics enrolments, especially in the comprehensive schools that the majority of students attend,” the head of the information department at the Reserve Bank of Australia, Jacqui Dwyer, said in a paper last year.

Ms Higgins believes that there are more than adequate opportunities for teachers to engage with financial literacy education, but admits that they all approach the issue differently.

“As far as what the schools’ priorities are, term to term or year to year, is absolutely different,” Ms Higgins explains.

Under the Australian curriculum, every school is responsible for its outcomes that reflect the pupils’ knowledge of money and finance.

It sets out that they must understand the value of money, compound interest and consumer choices, among other things. Ms Higgins explains that there are plenty of systems in place to hold schools accountable for meeting the set outcomes.

“Kids are regularly tested through questions that reflect their understanding of financial concepts. Students are also regularly tested on a grander scale through things like the OECD PISA and ongoing assessments. So, teachers are very accountable for what it is they are delivering in the classroom,” Ms Higgins says.

Tax and super learning in schools

However, lessons on tax and super are not explicitly included in the curriculum, admits Ms Higgins.

“Specific lessons around tax and super are not necessarily happening in every class, every year and in every school,” she says.

Recognising this shortfall, the Australian Taxation Office recently announced it aims to include tax and super learning in the Australian curriculum, federal and state, by 2024.

Vicki Stylianou, the IPA’s executive general manager of advocacy and technical, says that this is a great initiative and one she hopes will cover more than just our obligation to pay tax.

“There have been many different programs to introduce financial literacy into schools, with the debate often around whether it should be embedded into standard subjects or treated as a separate subject. So, tax and be part of this broader approach,” Ms Stylianou says.

By 2024, the Australian Taxation Office wants to see tax and super actively taught in at least 50 per cent of schools, supported by products and services that have been co-designed with teachers.

The apparent low level of knowledge Aussies have in relation to super emerged several times during the banking royal commission.

Generally, it is recognised that the bargaining power of customers in the banking industry depends on their level of financial literacy.

What role do parents play in raising financial awareness?

But, when it comes to the dispersal of financial knowledge, do schools really carry all of the responsibility?

According to the OECD, students prefer to discuss money matters with their parents.

“This suggests that parents may have a role in shaping their children’s spending behaviour,” the OECD concludes.

Furthermore, ASIC reports that eight out of 10 young Australians talk about money with their parents, and that those that do know more about money.

Ms Stylianou recognises that parents have a critical role to play in raising financial awareness.

“It should be a joint effort between schools, the government and parents. Each needs to support and reinforce the other,” she says.

“Some research shows that financial literacy needs to start at a very early age, even around five.”

Dr Campbell Heggen, lecturer in financial planning at the Deakin Business School, agrees with Ms Stylianou. He has children aged five and seven, and regularly talks to them about money.

“Parents need to understand the importance of money talk around the kitchen table and they need to include the children’s natural curiosity with the workings of household finances,” Dr Heggen says.

“Money should not be a taboo subject and possibly that is one of the reasons that it causes so much stress, because we don’t feel like we can talk about money issues in a polite conversation.”

He suggests that starting these conversations at a young age might lead to a healthier relationship with money when we reach adulthood. Dr Heggen also emphasises the importance of pocket money in the digital age.

“If you look at any research around spending behaviour, you will see that people using non-cash payment methods regularly spend more than people using cash. With the touch and go economy we see that there is a new range of challenges for those who struggle to stick to a budget. So, if we don’t acquaint kids with cash and piggy banks, how do we normalise this concept of money if it is just a number on a screen?”

On its website ASIC offers a number of aids for parents who want to raise money smart kids but don’t quite know where to start.

It advises parents to help children compile shopping lists, involve them in event planning, and discuss the concept of needs versus wants.

In 2012, ASIC also launched its MoneySmart Teaching program in Australian schools. The program aims to build the capacity of teachers to deliver financial literacy education in the classroom and effectively develop student skills and understanding around money.

According to ASIC’s data, over 60 per cent of schools are accessing its MoneySmart Teaching resources, while 30,000 teachers have undertaken professional development through the program.

One such game is MoneySmart Town, a competitive role-playing, money management game designed for primary students. The goal is for the students to successfully manage their money through events and challenges, while keeping their virtual family healthy and happy.

Ms Higgins admits that, although games are a great way to engage with financial concepts, children are naturally interested in money and how to use it.

“We know that young people spend a lot of time online and lots of things are gamified for interest. But when you are talking about money, you don’t even need that,” Ms Higgins says.

Despite significant effort to increase financial literacy among the Australian youth, OECD’s PISA 2015 showed that there has been a “significant deterioration” since 2012.

It found that the share of students who scored below the baseline level of proficiency in financial literacy that is required to participate in society, increased by 9 percentage points from 2012 to 2015.

Dr Heggen, however, advises that we need to exercise patience when reviewing future results.

“We need to be mindful that it can take a generation to measure the success of an early education program. It is going to take a long time for those results to pull through. It could be several decades before we actually know whether or not those early attempts are successful,” he concludes.

Sweet success
Playing to your strengths