The writing on the wall

A fundamental shift in the reporting regime for superannuation is just months away, and is a sign of things to come from an increasingly digital-focused ATO.

The writing on the wall 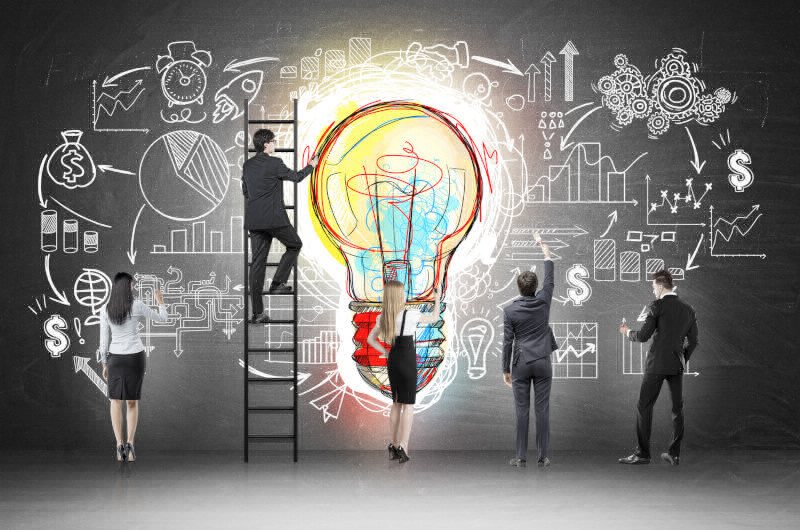 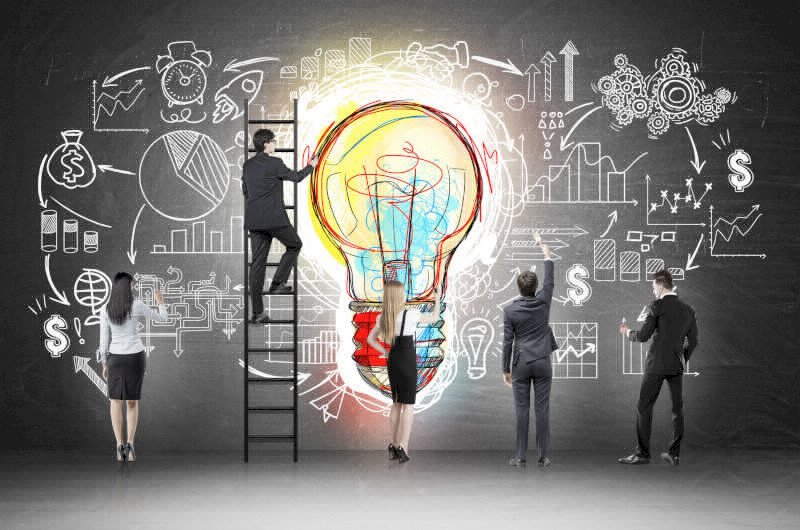 The pieces of the gigantic puzzle that is superannuation legislation in Australia are finally starting to come together to create a clear picture, but it’s unlike anything we’ve seen before.

The 2016 federal budget eclipsed any package of reform we’ve ever seen and one of its biggest bombshells was the introduction of a transfer balance cap of $1.6 million, applicable from 1 July 2017. All account balances are included when working out this amount.

On principle, many in the profession were in agreeance with the policy intent. Superannuation was never designed to transfer wealth from one generation to another, so Treasurer Scott Morrison made it clear that he wasn’t going to let wealthy Australians accumulate savings in a tax concessional environment, only to pass it onto their children.

This was one of his many moves to (attempt) to make the superannuation system fit for purpose. The SMSF sector, often home to these higher balances, was particularly in the spotlight with the policy design.

In practical terms though, it was a bolt out of the blue, and accountants at the coalface knew that a legislative trigger wasn’t going to be enough to solve a new, almighty question: how do we track every client’s balance accurately and to deadline?

The answer from the ATO has now arrived, in the form of a new reporting regime for SMSFs. Bizarrely, there’s still a degree of contention in cohorts that are usually in agreeance, like the software providers who continue to query the ATO on finer technical points. But for accountants the question is pretty simple — what does this mean for my clients?

From 1 July this year, any SMSF which has members with total superannuation account balances of $1 million or more will be required to report events impacting members’ transfer balances within 28 days after the end of the quarter in which the event occurs.

For those with less than $1 million, it’s a simpler annual event-based reporting framework.

While many are lamenting yet another change in deadlines, it’s worth noting that for SMSFs, this is a concession. By comparison, APRA-regulated superannuation funds report relevant triggers 10 business days after the end of the month they occur.

The tax office has also made it clear, in response to a landslide of questions, that nil event reporting will not be required in this new regime.

“It is important to restate that in all cases, regardless of the reporting time frame that applies, reporting is only required if an event that impacts a member’s transfer balance cap actually occurs – for example, when an SMSF member first starts to receive a pension from their fund,” said ATO deputy commissioner James O’Halloran.

The immediate reaction to the ATO’s announcement late last year was mixed, a sentiment which continues into 2018.

For one, the IPA is on board with the changes, labelling them a “sensible landing position.” Chief executive Andrew Conway is particularly supportive of the changes not being across the board, irrespective of balance.

“The relief will provide more time for the SMSF industry to adjust to a more contemporary reporting model over time. If a fund has one member in pension mode with a large balance, it will, by default cause the fund to have real-time reporting in place but we believe the industry can live with this scenario compared to an all-in approach across all funds,” said Mr Conway.

“The $1 million threshold represents an appropriate risk-based approach for the ATO to monitor breaches of the $1.6 million transfer cap and is targeted to only impact likely offenders rather than the entire pension balance population,” he said.

However, others are not so sure the practical application of the new reporting regime will be as simple as the tax office would like it to be.

Executives at SuperConcepts, an administrator owned by AMP which also owns SMSF software provider SuperMate, think having a different set of rules across a single client base will ultimately increase the likelihood of error.

Mr Burgess said at the time that pushing for exceptions and concessions don’t always work in the SMSF sector’s favour, particularly given a post-reform environment where compliance with the new laws isn’t possible without up-to-date data.

“In my 20 years in the industry, there have been arguments that treating SMSFs differently is in the best interest of the client. But, I’m not sure this is one of those occasions,” Mr Burgess said.

“Clients will incur penalties for every day they exceed transfer balance. It is difficult to argue it is in their best interest to defer reporting of events which impact transfer balance cap,” he said.

“Given all the new thresholds and caps, our clients need up-to-date information,” he said.

In response to this and many others who echo Mr Burgess’ views, the ATO’s Mr O’Halloran said the information that would need to be reported to the ATO is “not insignificant” and should already be well on the radar of trustees and professionals.

“Moving into pension phase is hardly a minor life event,” he said. “We have listened to the feedback, and we believe this strikes a sensible and reasonable balance,” he said.

Conversely, other software giants like BGL were thrilled with the outcome, after pushing for SMSF-specific carve-outs during the ATO’s consultation period. Managing director Ron Lesh thinks the changes are a big win for accountants’ workflow and importantly, for the end client.

He labelled initial policy proposals, which had all SMSFs under the same reporting regime, as “big brother gone mad” and said it would be “overkill” for most clients and professionals.

Contention — and suspected ongoing lobbying — aside, this regime is going ahead. We asked the ATO on several occasions if it was safe to tell accountants that this is the way forward, given how many iterations have been floated, and the answer was a firm “yes.” This is the ATO’s position, and accountants can proceed on that basis.

For the estimated 15 per cent of the SMSF population the quarterly reporting will apply to, there are late lodgement penalties to be aware of. But, it seems the ATO is pre-empting transitional teething issues, and is encouraging professionals to come forward where they are struggling to adapt — or to get their clients to adapt — to the new deadlines.

“I want to stress that the ATO’s focus leading up to and after 1 July 2018 is to support SMSFs and their advisers in being ready for this, and helping them do what they need to do to be able to report these events,” said the ATO’s assistant commissioner Kasey Macfarlane.

“In the 2018/19 year, we will be taking a judicious approach to any late lodgement penalties,” she said.

Compliance with the new cap is what the ATO is publicly prioritising, because tax consequences loom for those clients who don’t get it right.

“The greatest risk, from our perspective, of SMSFs not reporting on time is the risk to the individual member if they’ve inadvertently and unknowingly made an error, and face that unexpected or increasing tax liability,” said Ms Macfarlane.

What this new reporting regime also means, is that sneaky shortcuts sometimes used to hit deadlines with late-running or problem clients will be much more problematic.

For example, chair of the SMSF Association Liam Shorte, who also heads up financial advice practice Verante Financial Planning, said accountants who leave paperwork to the last minute and backdate documents to meet deadlines might find themselves in hot water.

“They may have conversations with clients over the phone about setting up a pension during the year but the paperwork is left to the end of the year to do,” Mr Shorte said.

“It’s just not going to be good practice going forward with the new reporting regime,” he said.

“Accountants and financial planners need to get into the habit of catching up with their trustees at least once every quarter for reporting and possibly more if their clients are taking ad hoc payments.

“I think it’s just a case of bringing things up to meet the new standards and getting rid of old practices and adapting to the new world.”

The opportunity in this, of course, is another reason to touch base with your clients and either fine-tune or increase your services with them.

Take a step back from the constant tinkering and rule-changes, and it’s clear the ultimate end goal is real-time reporting across the board, which feeds into the government and ATO’s epic push towards digitisation and data tracking.

For now, we have the ATO’s position clear, and it’s safe to proceed. But, when pressed, the ATO couldn’t rule out further changes to this reporting regime. Mr O’Halloran’s safest answer was that the tax office will continue to respond to feedback from the professional community, and the requisites of legislation.

Superannuation executives, from both the SMSF and APRA-regulated lobbies, are talking as though the writing is on the wall.

“The bottom line is that SMSFs, from a technology point of view, are a long way behind the APRA funds.

“The rest of the superannuation sector as well as the regulators expect them to catch up. It just won’t be in one or two years. It might be in five or six years’ time,” said the SMSF Association’s head of technical, Peter Hogan. “The target is that perhaps 95 per cent of SMSFs within five years will actually have the technology to allow them to report on a genuine real-time basis. Whether that takes five years or 10 years, I don’t know. We’ll have to wait and see.”

A big win for small business
The love boat