Consumers will be spending on clothes and footwear in the Boxing Day sales, according to the latest Commonwealth Bank data. 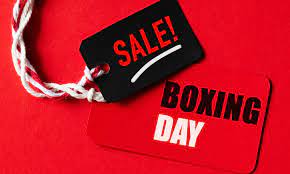 After months spent wearing track pants and exercise gear at home, Australians may soon be stepping out in something new, with clothing, apparel and shoes predicted to be the top purchase category (57 per cent) during the sales. Younger females (18 to 29 years) are expected to be the biggest spenders in this category.

Next on the list is technology (36 per cent), home electricals and white goods (31 per cent), and homeware and furniture (29 per cent) are the next most popular purchase categories, with males aged 30 to 39 years most likely to be updating their tech.

The data also revealed that 69 per cent of respondents were planning on going to the annual Boxing Day sales, with the average spend expected to be $557 - up 14 per cent from what people say they spent a year ago ($487).

Overall, Australians expect to spend $4 billion at retailers across the country.

CBA’s executive general manager, everyday banking, Kate Crous, said the news is welcomed by Australian retailers with the CommBank credit and debit card showing that consumers are expected to spend an additional 23 per cent in December compared with previous months.

Despite the rise in online shopping, the CBA research shows nearly half of Australians plan to shop the Boxing Day sales in-store (41 per cent). A further 28 per cent plan on shopping both in-store and online.