The cost of fuel has become one of the main concerns for business owners, especially those in the SME sector, according to a new report from accounting software company MYOB. 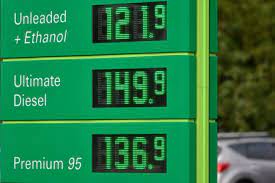 With the rising cost of fuel on the agenda during Prime Minister Scott Morrison’s Press Club event last week, MYOB’s research has also found that energy costs are outstripping pandemic concerns for a rising number of business owners.

In its latest survey of business confidence, MYOB’s Business Monitor that compiles responses from 1,004 business owners, managers and directors regarding their attitudes on a wide range of topics, the data revealed that 41 per cent of all respondents indicated that fuel prices were causing “extreme” or “quite a lot” of pressure to their businesses, pushing the pandemic down the list (34 per cent).

The report also found that business owners are less confident in the state of the economy, with just 53 per cent anticipating things will improve in the next 12 months (down from 57 per cent in June last year).

Those in the finance and insurance sector were more confident of economic improvements in the next 12 months (70 per cent), while construction and trades businesses lowered expectations from 56 per cent in June 2021 to 41 per cent.

Despite this, almost a fifth (19 per cent) expect revenues to grow in the year ahead as a direct result of the pandemic.

The report also broke out insights from mid-market businesses (with 20-199 employees), showing some clear differences in challenges faced between the two groups.

“Unsurprisingly, given the past two years we’ve had, business pressure points have been felt keenly by businesses, particularly those with 20-199 employees (mid-market businesses),” said Emma Fawcett, general manager (SME) for MYOB.

“In fact, more mid-market businesses felt ‘extreme’ or ‘quite a lot of pressure’ from the common business pressures overall, compared to the national average.

“Forty-one per cent of SMEs said their revenue is the same as it was a year ago, up from 30 percent of respondents who stated their revenue had maintained six months prior,” said Ms Fawcett, indicating some sign of stability despite the gloom of overall business sentiment.

Fewer business owners reported revenue growth in that period, down from 30 per cent last June to just 25 per cent now.

With 33 per cent of respondents indicating revenues are down, compared with 39 per cent in 2021, Ms Fawcett said it can be inferred many businesses are in a holding pattern and living with the losses incurred during 2020-21.

Revenue growth expectations for the year ahead are similarly tepid with just 43 per cent of respondents betting on an increase, with nearly half of those stating they expect a windfall as a direct result of COVID-19.

“Increased consumer demand accounts for 29 per cent of those expecting an increase, and for 19 percent, their expected increase is due to the COVID-19 pandemic,” said Ms Fawcett.

“Following the challenges of the last 24 months, Australia’s small business operators will need to remain resilient as they plan for the year ahead.

“Hopefully 2022 brings a period of stability that will enable them to back their businesses, their revenue predictions and their growth plans, to ensure the success of a sector that makes up 95 percent of Australian businesses.”